UKIP defence spokesman, Mike Hookem MEP has slammed a council in Cambridgeshire for looking at using empty MoD buildings in Ely to house migrants, calling the move an “utter slap in the face to veterans living on Britain’s streets".

Mr Hookem, who is also UKIP’s veterans spokesman, said, “I find it abhorrent that a council can consider pouring resources into housing migrants in disused MoD buildings, when we have an estimated 9,000 veterans sleeping rough in the UK.

“It begs the question that if this type of accommodation is available, why it has not been used before to house men and women who put their lives on the line for this country and who are often suffering the mental and physical health effects of their service. 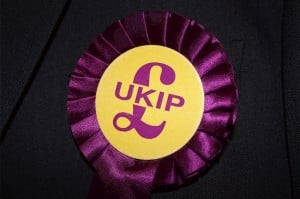 “If available, this accommodation should have been offered to homeless veterans months ago, as it could have been used as a bridge into proper health and social care for some of the most vulnerable members of our veterans community.

"Many homeless veterans have a very complex set of needs, yet they are almost invisible on our streets. This is something that I am determined to change.

“While I feel sympathy for genuine refugees, I am a strong advocate of honouring the military covenant and giving priority to veterans for health care and housing. We simply must take a compassionate, but common sense approach to the current crisis and our veterans should be number one priority.”