Greens have called for urgent action to cure the NHS of cancerous PFI payments and have written to the Secretary of State for Health calling for action to ensure that health care provision is maintained rather than allowing hospitals to go into administration. The Greens are the only mainstream party to oppose PFI and to campaign to stop the privatization of the NHS.

The revelation that the South London Healthcare NHS Trust is going into administration with debts incurred by its contracts under PFI (Private Finance Initiative) has come as no surprise to the Green Party. The Green Party has warned of the financial dangers of hospitals being built under PFI. The news that up to 30 other Trusts may be facing administration has prompted the call for action to prevent closures.

Adrian Ramsay, Green Party Deputy Leader, said: "It is time to cut out the cancerous PFI deals that are killing the NHS. While successive governments seem to find billions to bail out banks and to quantitatively ease the economy they seem utterly beholden to the companies that they now rent hospitals from having sold them off in the first place.

"The PFI deals were simply an accounting fix that put money in the pockets of big companies and locked the NHS into huge debt. The taxpayer will end up paying Â£63bn towards hospitals that cost Â£11bn to build. As hospital trusts go ito administration we can expect to see health care provision drastically reduced. This is unacceptable and the Green Party has written to Andrew Lansley calling for a solution that protects services.

"It is surely time to end the PFI scam and let the NHS focus on providing care for patients, not profit for shareholders." 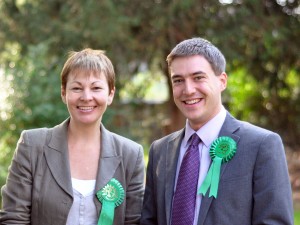 By Tanoshimi (Own work) [CC-BY-3.0 (http://creativecommons.org/licenses/by/3.0)], via Wikimedia Commons