The 25th Meeting of the Parties to the Montreal Protocol drew to a close in Bangkok today following a week of heated negotiations.

Progress towards addressing hydrofluorocarbons (HFCs – as used in refrigeration) was made and the majority of Parties demonstrated a willingness to move towards a global agreement. This was despite India, the world’s 10th largest economy, blocking detailed discussions of the proposals, in contradiction of the recent G20 agreement to address phasing down the consumption and production of HFCs under the Montreal Protocol.

In the late hours of the meeting, the Parties agreed that the Montreal Protocol’s technical and economic panel should prepare a report looking at the economic costs and environmental benefits of various scenarios of avoiding HFCs. Moreover, it was agreed to hold a workshop on the management of HFCs back to back with the next Montreal Protocol preparatory meeting.

After years of deadlock, support for global action on HFCs has gathered pace since the beginning of the year, from the Arctic Council’s call for a phase-down of HFCs under the Montreal Protocol in March and the G20 leaders’ statement at the St Petersburg summit in September to two separate presidential agreements between China and US in June and September and, most recently, the joint declaration by Presidents Manmohan Singh and Obama establishing a task force to resolve issues surrounding an HFC phase-down.

“In signaling their willingness to address HFCs in various high-level fora this year, global leaders have made an important statement of intent. Unfortunately, there was scant evidence of this from India in Bangkok this week. We’re struggling to understand how a commitment by Prime Minister Singh barely a month ago has not translated into concrete action in Bangkok”, said Clare Perry, Senior Campaigner at the London-based Environmental Investigation Agency (EIA).

A global phase-down of HFCs will mitigate at least 100 billion tonnes of CO2-equivalent by 2050. 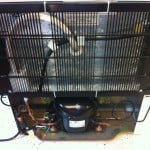 Despite contradictory indications from some quarters, a majority of Parties continued to demonstrate their clear support for a global agreement to tackle HFC production and consumption, with many new countries formalising their commitment to address the climate impacts of the chemicals introduced by the Montreal Protocol.

"We are pleased that the entire group of African countries has joined the growing chorus of countries requesting formal discussions on phasing down HFCs under the Montreal Protocol," said Mark W Roberts, Senior Counsel and International Policy Advisor at EIA’s US office. “The Montreal Protocol is the most efficient and cost-effective path forward for stopping the massive growth of these greenhouse gases that are thousands of times more damaging to the climate than carbon dioxide.”

Strong support for global action on HFCs under the Montreal Protocol has also been expressed at recent climate talks. The matter will be discussed again at the international climate conference (COP19) scheduled to take place in Warsaw, Poland in November.

Nissan Leaf to be built in the UK