Today Amber Content, Up Ha, Clydebank Films and Ripple World Pictures are delighted to announce that UK/Irish Co-Production MOON DOGS will be released in UK and Irish cinemas from 1st September.

It won Best International First Feature at Galway Film Fleadh 2016, was BAFTA Scotland nominated, BIFAlonglisted and was selected as Best of the Fest at EIFF 2016. It has also garnered standout support from Irvine Welsh "Not one, not two but three stars are born in this beautiful movie" and Screen Daily: "Delightful…Coming-of-Age Comedy." 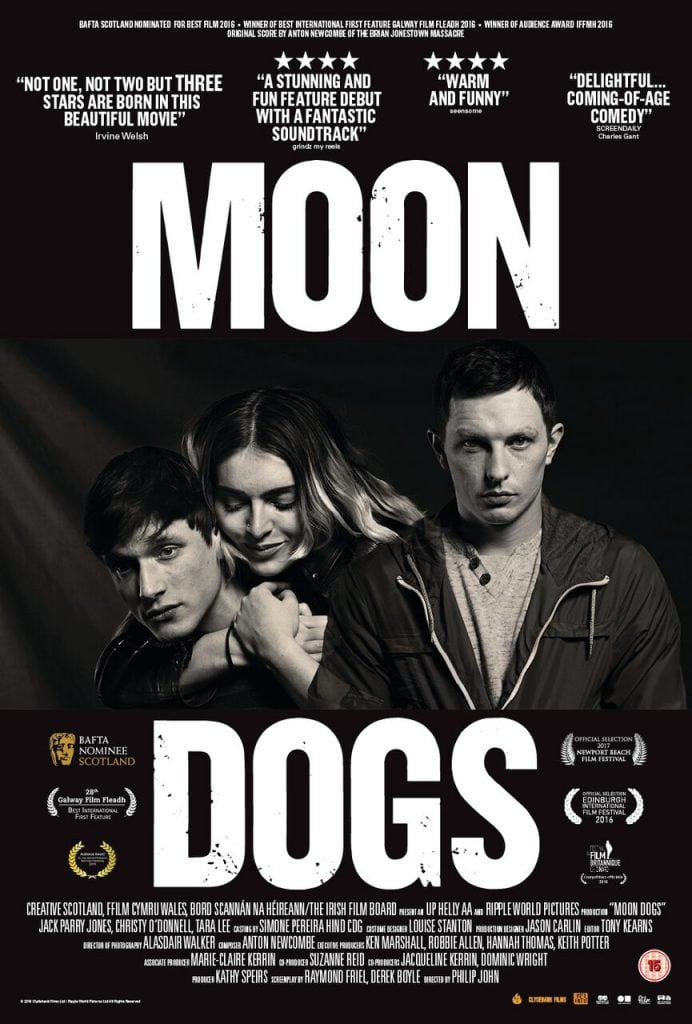 A Celtic road trip following teenage step-brothers Michael (Jack Parry-Jones) and Thor (Christy O’Donnell) as they journey from Shetland to Glasgow for very different reasons. Aspiring Irish singer Caitlin (Tara Lee) beguiles both boys and passions come to a head with a music festival and an ancient Norse ceremony as the backdrop.

MOON DOGS is directed by multi BAFTA nominated, multi-award-winning director / screenwriter from South Wales Philip John, written by Derek Boyle and Raymond Friel, produced by Kathy Speirs and Co-Produced by Suzanne Reid, Dominic Wright and Jacqueline Kerrin with the support of Creative Scotland, Ffilm Cymru Wales and the Irish Film Board/Bord Scannán na hÉireann. Brian Jonestown Massacre’s Anton Newcombe became involved in the film’s journey in February 2014 and not only composed Thor’s music but also the original soundtrack for the film and is responsible for providing a score which is both exciting and moving, and is an embodiment of the celebration of the spirit of rebellion.

Director Philip John said: “Making a film is like bringing up a child. You love her, you dress her well, you teach her honesty then you boot her out the door so she can spread the word that rebellion is good.”

It's in the blood – A stylish and chilling teaser for Stoker