Welcome back to the ever increasingly quirky world of director Wes Anderson, a place where disillusioned adults in search of life changing events, dysfunctional families awaiting to be reunited amidst bizarre circumstances and animal puppets flying the flag for green politics all embrace the whimsical and offbeat humour of the American film maker.

Lacing his tales of adults lost in the modern world with irreverent humour and drama, the films of Wes Anderson have generally split audiences between those welcoming the leftfield and character driven nature of each successive movie against those who find the director's work perhaps too clever and irksome for its own good (trailer below).

A fan of the director's output since the release of Bottle Rocket (1996), I personally consider The Royal Tenenbaums (2002) and it's redemptive tale of a dysfunctional family of geniuses headed up by disgraced family monarch and aging grouch Gene Hackman to be one of the highlights of the last decade and a true modern classic.

The director's offbeat and heartfelt comedy based dramas have also found favour on this side of the pond with the director's sophomore cult favourite Rushmore (1998) undoubtly influencing fledgling film maker Richard Ayoade and his debut full length feature Submarine (2010).

After turning his attention to retro animation with the inspired and somewhat laconic puppet orientated take on the Roald Dahl children's classic The Fantastic Mr Fox (2009), Anderson is set to return to the big screen this May with Moonrise Kingdom. 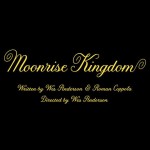 The seventh feature from the director is based on a script penned between Anderson and Roman Coppola and will find newcomers Jared Gilman and Kara Hayward take to the screen as a pair of star crossed lovers whose decision to run away from home causes a commotion amongst the seemingly decent folk of a small and idyllic New England township.

Set amidst the tide of changing morals in the mid sixties, the disappearance of the aforementioned youngsters will lead the elders of the local community to embark on a manhunt to bring the teenagers home.

Enter a cast of adult misfits all destined to clash with each other whilst bringing their own hang-ups and phobias to a search that will no doubt provide the basis for some deadbeat humour and thorough soul searching. 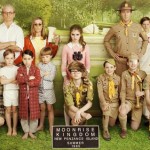 But perhaps inspired casting comes in the form of Edward Norton as the local Scout Master and a certain Harvey Keitel also joining the troupe and the wonderfully named Camp Ivanhoe. With two heavyweight actors earnestly leading the search for the young runaways it may be the case that method acting has turned to short trousers and camp fires to find its kicks.

Elsewhere Anderson promises another retro fuelled and indie inspired soundtrack that promises to combine some cleverly orchestrated string arrangements courtesy of Alexander Desplat with the pop classics of yesteryear represented in the trailer by Francoise Hardy's Le Temps De L'Amour.

With a kaleidoscope of colourful imagery incorporating the designs of yesteryear set to provide the backdrop to the seemingly whimsical innocence of the two central protagonists, offset by the deadbeat humour of the film's adult cast, the preview for Moonrise Kingdom promises more of the same from Anderson.

Which in this instance is certainly not a bad thing.