The PPI mis-selling scandal is going to cause the banks even more hassle as they look to hire more staff to deal with the expected flood of extra work.

The Guardian reports that the major banks may have to take on an extra 6,000 staff in order to process all those claims. But it won't just be more people that they need, they may also have to take on temporary office space to house them all. Then of course there's all the IT support that needs to go with it, computers, software etc as well as the odd cleaner or two one imagines.

This is going to cost the industry a pretty penny overall, estimated at anywhere between Â£5 billion and Â£9 billion depending on which source you read.

And all because they sold expensive and useless insurance products to unsuspecting customers that did not do what it said on the tin.

But as the Mirror points out, this is not going to cost the banks a bean in the long run and that probably includes their shareholders too.

All the cost of approximately six million aggrieved clients at about a total cost of Â£1,500 a pop will, at the end of the day, be borne by the banks' customers of course. 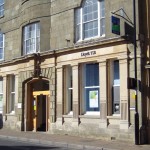 The Mirror puts the costs to the banks (customers) as Â£3.2 billion for Lloyds TSB, Â£1 billion for Barclays, Â£850 million for RBS/NatWest and Â£275 for HSBC.

Martin Lewis of moneysavingexpert.com has called the decision by the banks to withdraw from the PPI battle as "a wonderful day for consumers". But Andrew Hagger ofÂ  moneynet.co.uk warned that the banks would not take this lying down and would start to look at 'sly' ways of getting the money back, such as not passing on rate reductions to borrowers and delaying rate increases to savers.

But one has to remember that all that free banking and other perks that some people got in the past was built on the money scammed out of victims of this PPI scandal. Now is the time to redress the balance. Although those who fell for PPI many years ago will never receive a penny back.

If you feel you were mis-sold PPI then you do need to claim, don't just wait for that call or letter from the bank that may never come.