· HMRC to continue with ‘nudge’ campaigns

Tax agents should expect more enquiries as HM Revenue & Customs has confirmed that there will be no let-up in its tax investigations policy despite the organisation undergoing further headcount reductions, according to PfP, the experts in tax investigation insurance.

He also made it clear that in his view the use of some salary sacrifice schemes where an employee gives up some of their salary in return for a benefit is straying close to avoidance.

HMRC believe a salary sacrifice scheme would not be “effective” if the employee continues to be entitled to the higher level of cash remuneration in the future having stated they are taking a salary sacrifice.

HMRC is clearly on the lookout for those seeking to abuse Salary Sacrifice by using it as a cover for a complex tax avoidance scheme. This is an area where HMRC may step up compliance action if they feel abuse is growing.

Edward Troup also said that HMRC would tackle avoidance through an increase in the use of ‘nudge’ campaigns designed to encourage better behaviour by the taxpayer. Recent campaigns include:

· My Tax Return Catch Up Plan – aimed at taxpayers who have received a tax return or notice to file a return for years up to and including 2011-12 and had not acted. In order to have received the best terms available to settle the overdue account taxpayers needed to have filed an outstanding return and pay what they owed by 15 October 2013.

· Let Property Campaign – the campaign targeted the residential property letting market and offered the chance for landlords to get up to date or put right any past errors they have made and then remain compliant.

· Health & Wellbeing Campaign – HMRC identified more than 20 self-employed healthcare professions (other than doctors or dentists) suggesting they get their tax affairs in order in return for a fixed penalty for overdue tax.

Kevin Igoe, PfP Managing Director, commented: “Tax agents should be prepared for an increase in enquiries as HMRC steps up its pursuit of tax avoidance. 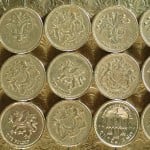 “The revenue clearly hopes that their nudge campaigns will be a low-cost and low-effort way to get individuals and businesses to come forward and settle their taxes.

“But it is equally clear that once these campaigns end, they will go after that sector in a determined fashion. If businesses do then fall under the HMRC spotlight they can expect the investigation to expand rapidly in scope as HMRC uncovers additional lines of enquiry they want to pursue.”

Edward Troup told the conference that tax agents should expect a new relationship with HMRC as the department further reduces in size. There will be a move away from the use of telephone call centres. Tax agents will now have a facility to email tax inspectors directly but without being given the inspector’s personal email address.

Edward Troup emphasised that HMRC would continue with the collaborative approach that it had adopted in the last few years. This includes working with large businesses and using alternative dispute resolution methods.