Major European languages remain in high demand from British businesses but there are signs of a shift towards languages used in the world’s fastest growing markets, such as Mandarin and Arabic.

In the annual CBI/Pearson Education and Skills Survey 2014 (to be published in full next month), nearly two-thirds of firms (65%) identified a need for foreign language skills, which is likely to increase as ambitious firms look to break into new fast-growing markets. With the UK’s push to rebalance to a trade and investment-led economy, better foreign language skills could be a major instrument in supporting this. 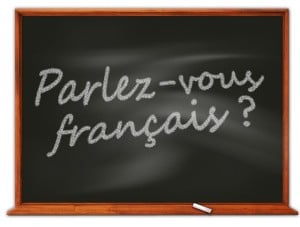 “With the EU still our largest export market, it’s no surprise to see German, French and Spanish language skills so highly prized by companies. But with China and Latin America seeing solid growth, ambitious firms want the language skills that can smooth the path into new markets.

“It has been a worry to see foreign language study in our schools under pressure with one in five schools having a persistently low-take up of languages. The jury remains out as to whether recent Government initiatives can help spur a resurgence in language learning.

“Young people considering their future subject choices should be made more aware of the benefits to their careers that can come from studying a foreign language.”

"English is the international language of business which has clearly been a real benefit to UK business, but as a global company we understand that a company with employees who can communicate with some proficiency in the language of clients, customers and suppliers, has a big advantage in the fast-growing markets across the globe."

Foreign languages rated as useful to the organisation (%) 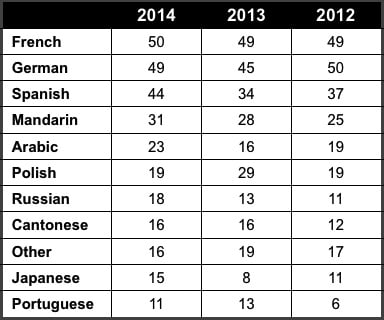