Having trawled about the internet it became clear that people do not believe the inflation figures that the government (actually the Office for National Statistics) is putting out.

How can the inflation figures be so out of kilter with what the ordinary person on the street is experiencing they ask?

Many people accuse economists of living in cloud cuckoo land about the true state of inflation. As Ian Cowie points out in the Telegraph, there are many facets to inflation figures. And as I pointed out this morning inflation figures are derived from price changes to a basket of goods over time.

The best way to indicate this is to show the effects over time of inflation (and deflation for some items) on a graph. This would show trends, which I believe are more informative than concentrating on month on month data.

So off I went to do some digging into the ONS data files.

Here I found various breakdowns of CPI data, from which I constructed a graph of the main sectors within the Consumer Prices Index.

Now, bear in mind that 2005 is taken as the baseline date. In that year the CPI was set at 100. So if prices increased in the future their index would rise gently above 100 and if they decreased they would fall below 100. The same goes when looking into the past. CPI inflation percentage figures just show the rate of change of the CPI. 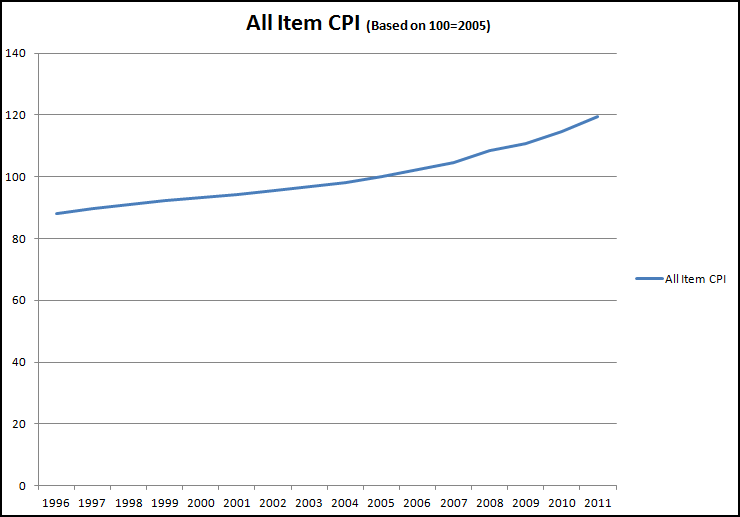 But the CPI is made up of hundreds of items so let’s look a bit closer. The next graph shows the average CPI together with the twelve sections that make it up. This is where things get interesting (well as far as statistics can be interesting).

in the graph below you can see that education is by far the largest riser in CPI terms (surprised?) with the largest faller being clothing & footwear (surprised?). And look at how much they have changed since 1996. You can see that education costs seem to be accelerating and clothing & footwear is now levelling off. Once again everything passes through the baseline 2005=100 point. 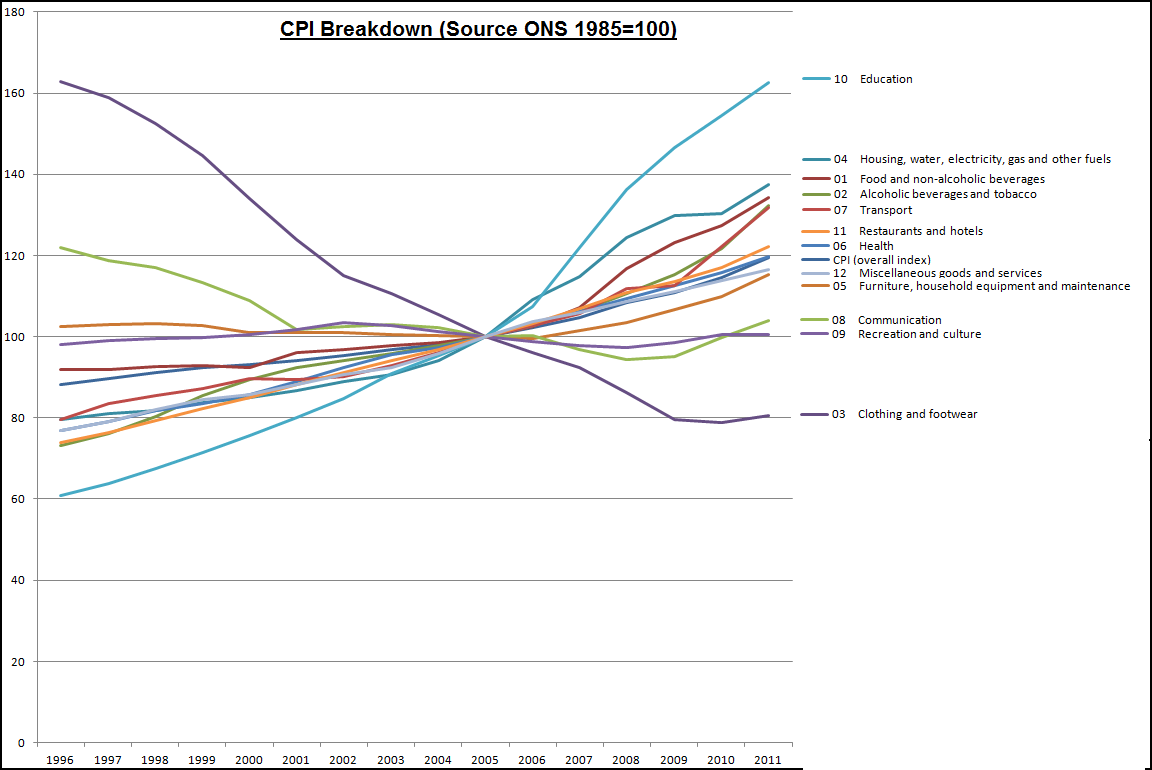 The big rider here is that I have ignored ‘weighting’, i.e. how ‘important’ each item is within the overall CPI figure but you get the point.

I have put the items in order on the right of the graph to tally with where they end up.

But the next graph is even more of an eye opener. This shows the biggest riser (gas) and the biggest faller (Photographic, cinematographic and optical equipment) between 1996 and 2011. These bear no resemblance at all to the average CPI graph above. 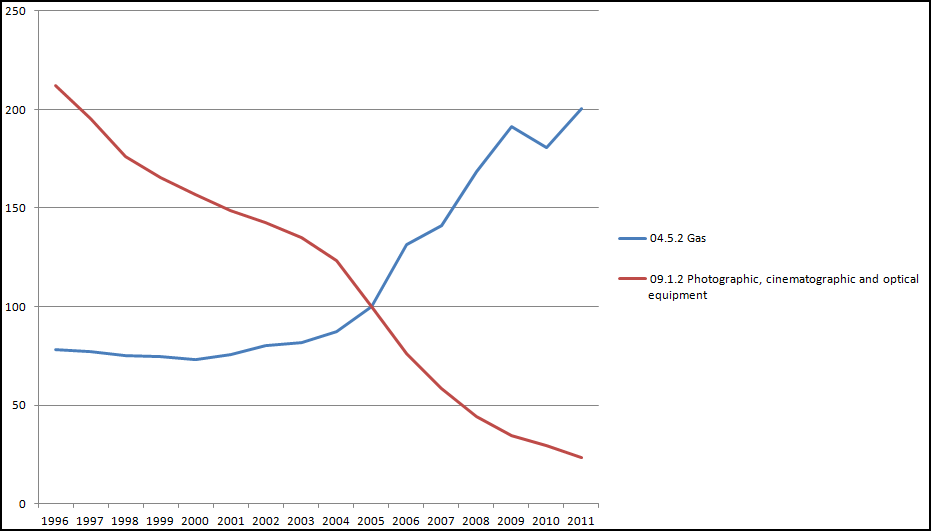 All I am saying is that the headline rates of CPI and RPI should be taken with a huge pinch of salt. Not because the government or ONS are lying, but because the data behind it all is so diverse.