More Opportunities for Women in IT Could Give Economy a Boost

A recent study from the European Commission (EC) claims that a lack of opportunities for women in tech firms is damaging the economy in the region.

According to the ‘Women Active in the ICT Sector’ report from the European Commission, women are still underrepresented in IT jobs. For every 1,000 women in the EU with a degree, only 29 hold a degree in information technology, compared to 95 men. Also just 4 of those women will eventually work in the IT sector. 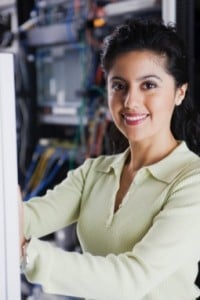 The report argues that more opportunities for women in ICT would result in better performances of companies, as it claimed that firms that included women in higher positions “achieve a 35 percent higher return on equity and 34 percent better total return to shareholders” when compared with other firms.

Increased productivity as a result of more women in IT could equate to a total of £7.6 billion added to the European GDP each year. This estimation is based on the assumption that if employment for women in ICT rose by 115,000 roles, an average of £68,000 per female worker would be generated in increased productivity.

However this would require additional efforts in the already buoyant IT recruitment process to encourage more women into IT jobs, such as renewing the image of the sector, fostering clear career paths and highlighting the improved performance of companies employing women. Furthermore, there is a need for increased access to seed funding for female tech entrepreneurs and other initiatives to encourage women into the IT sector, such as the recent Code First: Girls coding academy, which teaches young women coding and general technology skills.

"We now know, beyond doubt, that more women in a business mean a healthier business,” commented European Commission vice-president for the Digital Agenda, Neelie Kroes. “It is high time the IT sector realised this and allowed women a chance to help the sector and Europe's economy benefit from their enormous potential."