Many people will not have noticed that, as they return to work today, the country they live in has just seen a seismic shift in who wields political power over them.

This means that the UK government can no longer veto EU decisions that would be detrimental to its people. A majority in the UK would therefore have to bow to the will of the majority of the EU states.

Speaking ahead of this 'silent surrender ' of powers UKIP MEP Gerrard Batten said on Friday:

"Tomorrow, November 1st, even more powers will be automatically transferred away from the British parliament and the British people to the undemocratic institutions in Brussels. This transfer will take place under powers surrendered by the UK to the EU by the Lisbon Treaty. 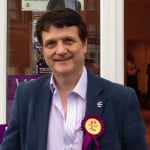 "Under the Lisbon Treaty it was agreed that numerous areas of policy will now be decided by a system of Qualified Majority Voting and Britain will lose its power to stop new laws in the European Council (Heads of Government).

"The British people were denied a referendum on Lisbon, despite promises by Labour and a "cast iron guarantee" by the Conservatives. So Mr Cameron, who sits on the European Council, is willingly given up control of a range of policy areas that include Border Controls, Criminal Law, Immigration, Police Co-operation, to name just a few out of 44 powers being surrendered in the next 24 hours."

Mr Batten has also published a pamphlet on his website about the transfer of powers under QMV.

Climate change conference heats up, or is it cooling down?