Lloyds Banking Group has welcomed the new mortgage guarantee scheme saying that it addresses the key challenge of accessibility.

As a sign of further commitment to helping first time buyers and homeowners, Lloyds Banking Group welcomes the Help to Buy package announced in the Budget today.

“Since the launch of the Government’s Funding for Lending scheme we have seen mortgage rates hit an all-time low, really making a difference to affordability. These proposals will, just as importantly, address accessibility, and provide a genuine solution to the challenge of raising a deposit. Working together these two schemes will get more people on and moving up the property ladder.

“Crucially, this scheme will not only help first time buyers but also second steppers, a key segment of the housing market that is also in need of more support and attention. Our recent report from Lloyds TSB indicates that little has improved in the past year for those first time sellers looking to take the second step on the housing ladder, almost two thirds of second steppers had wanted to move up the ladder in 2012 but were unable to. Raising a deposit has been cited as one of the key challenges. Whilst the property market is likely to continue to be challenging, the fresh support announced today will have a real knock on effect across the whole of the housing market and we expect it could help around 50,000 people a year.” 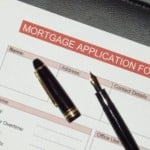 Lloyds Banking Group is the biggest supporter to UK households:

Â· In 2012, the Group helped more than 55,000 people buy their first home and extended new lending of more than Â£6.1 billion to first time buyers during the year.

Â· In January 2013, the Group unveiled the UK’s largest commitment to support first time buyers by committing to lend Â£6.5 billion to help customers make their first step on to the property ladder in 2013. We expect the pledge to help around 60,000 people buy their first home by the end of 2013.

Â· We are an industry leader in our support for shared equity and shared ownership schemes.

Â· Halifax provides one in three mortgages on the NewBuy scheme, working with over 50 builders.

Â· Bank of Scotland has launched a range of products for customers on the MI New Homes scheme.

Â· The Group was also the first bank to access the Government’s Funding for Lending scheme through a Â£1 billion drawing in September 2012 and to date has drawn a total of Â£3 billion.

Â· Lending to borrowers with a 5% deposit through the Lloyds TSB Lend a Hand, Lend a Hand Homemover and Local Lend a Hand schemes, with over 40 participating local authorities.

Â· A third of all lending on UK new build properties is funded by the Group.

Â· Lending to borrowers with low or negative equity through the equity support scheme.

Car Insurance UK: Sorting What You Need From What You Don't