The Council of Mortgage Lenders reports that the slump seen in mortgage lending after the end of the first time buyer stamp duty holiday was reversed in May. But as you can see from the graphs below this has had little impact on prices.

Over the entire period May 2011 to May 2012 FTBs have been putting down an average 20% deposit and raising the rest on a mortgage that is on average about 3.2 times their wage.

But as ever, once the summer arrives the market will fall back before picking up again in the autumn.

On a more negative note the Telegraph reports that a PriceWaterhouseCoopers’ report says that house prices will not get back to their pre-credit crunch levels for another twelve years. Prices will reach those levels in sterling terms by 2017, but will then need a further seven years to finally catch up with inflation.

Looking at the trends seen up until now you can see from this graph that, when comparing Halifax, Nationwide and Land Registry house price indexes everything is level. Price rises are not matching inflation. 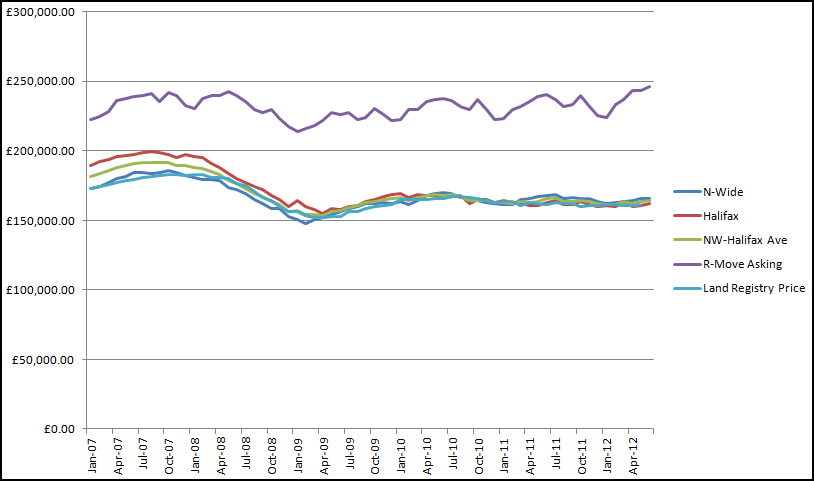 The only thing rising in the housing market appears to be the optimism of sellers and their agents. When looking at Rightmove asking prices and dividing them by an average of the Halifax and Nationwide price indexes you can see that vendors are asking ever more for their properties than the prices they are achieving. This can be seen from the graph below, where the asking prices have risen from about 25% more than they sold for, but now they are more than 50% higher. 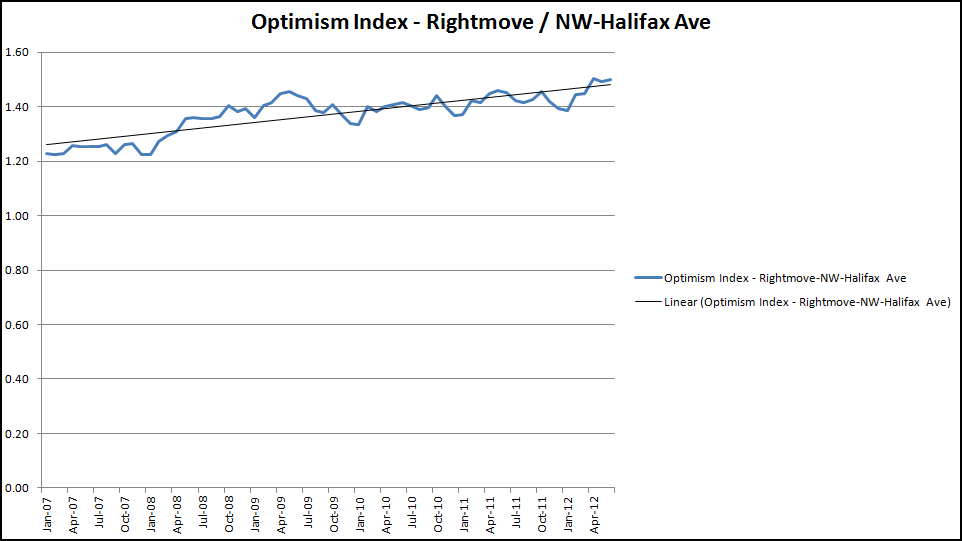 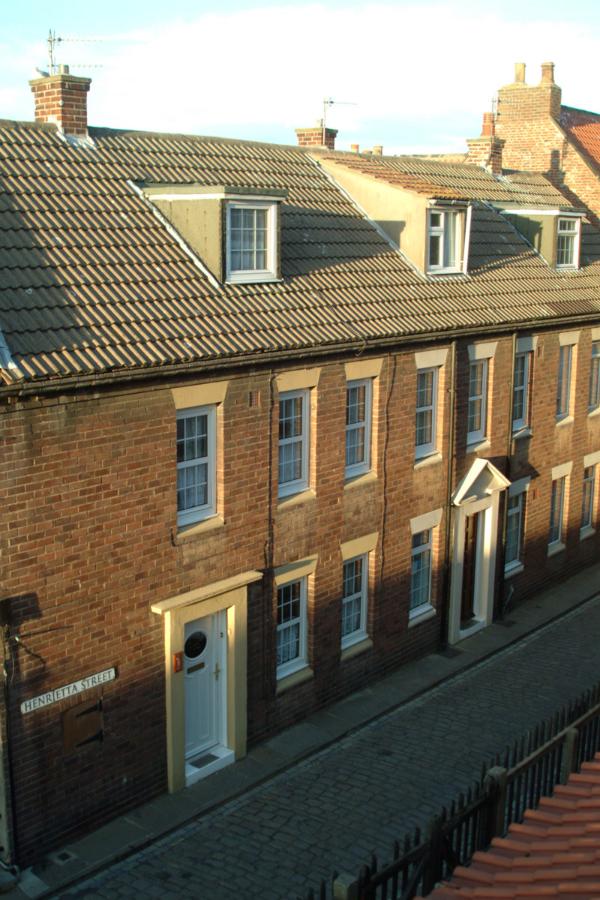 How to end your speech with impact