Building societies and other customer-owned lenders and deposit takers (mutuals) continue to play an active role in a mortgage market which is showing sustained signs of recovery as consumer confidence improves. The number of loans approved across the whole market is, however, still well below the historic average.

• One in three new loans from mutuals in August were made to first time buyers (9,000 loans) of which 29% were made to borrowers with a deposit of 10% or less.

• Net new mortgage lending (gross lending minus repayments and redemptions) was £1.4 billion in August, up 71% on the same month last year.

• The £8.2 billion of net lending by mutuals in the eight months to the end of August 2013 more than offsets the negative lending figures for other lenders, so that across the UK total net new lending into the UK housing market has been £5.6 billion.

• Retail savings balances at mutuals rose by £1.5 billion in August compared to a £1.2 billion increase in the same month last year.

• In the first eight months of this year retail savings balances have risen by £7.1 billion compared to £1.9 billion during the same period in 2012.

"Mutual lenders have sustained their activity in, and support for, the UK housing market and home-buyers over the long-term. Consumer sentiment has now clearly turned the corner and is beginning to improve. However, sentiment can be fragile and it is vital that unexpected surprises and overheated rhetoric are avoided. Viewing today's market in context, it is certainly getting better, however, the number of loans approved for house purchase in the past three months ran at around 60,000 a month, less than two thirds of the historic average. 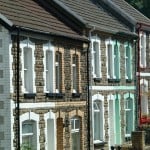 "To deliver solutions to the growing housing needs of the UK and to provide balance to the supply/demand equation that drives prices, there is no doubt that we need more homes to be built. We welcome the focus from all political parties on the imperative to address this and other housing issues. This attention has been evident both from the platform speeches and plethora of housing related fringe meetings at party conferences. This is a debate in which the BSA and its members will remain active as policies develop. Following David Cameron's announcement over the weekend we may see some lenders start to take Help to Buy: mortgage guarantee applications.

"Savers are also clearly continuing to choose mutual providers in large numbers as a safe place for their savings. The mutual sector continues to be well represented in the best buy tables even as the low Bank Rate, coupled with other external factors, sets the scene for a low rate environment which is likely to go on for some time yet."

The economics of currency unions – speech by Mark Carney