Any business owner can’t help but have a say about the precarious financial situation we’ve all been in during recent years – with a lot of businesses afraid to dip their toes into the pool of expanding their operations; that is, if they even managed to hold onto their business. 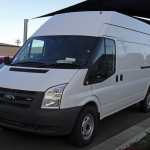 However, a recent nationwide search to find out which companies went above and beyond in an attempt to help their local communities as well as to build up those vital grassroots relationships has culminated in the awarding of the prize as Motors’ Most Deserving Business. Not only did those businesses that took part in the competition survive in this harsh economic climate – they thrived.

It’s a true tribute to those companies that each received so many votes – not to mention the amount of initial nominations which flooded in from people who wanted to recognise the effort put in by their local entrepreneurs.

Our list was whittled down to ten companies on the resulting shortlist – each of whom deserved a place on account of their generosity and pioneering spirit, with a variety of reasons for the inclusion of each. However, once the competition had been narrowed down even further – with just three entrants remaining in the race to be awarded the title of Motors’ Most Deserving Business – the same sense of community spirit is what made such compelling a case for each of them.

From a pet-friendly initiative in London, to a roofer using the family car in order to get around, as well as a science lesson you won’t forget from a mobile workshop road show, each of the three finalists was united in their determination to succeed despite the overwhelming odds.

In the end it was David Reed and his ‘Fizz Pop Science’ that won the day.

As well as the honourable title of being declared the Most Deserving Business, the winner of the award received a prize fund that totals over Â£10,000 – including a transit van that would be of great use to the deserving cause. From shifting heavy tools between jobs to the ability just to expand operations a little more in the local area, each of our final three hopefuls has made their mark on their local community – and any of them was fully deserving of reaping the rewards.

You can read more about the winner and each of the final three – and the other great stories of the final ten – at the Motors’ Most Deserving Business page.

The winner of Motors’ Most Deserving Business award was announced on Monday 10th June by a panel of judges.

The allure of gold

It’s the FOMC not the (very stupid) shoot-out, stupid!