Move Your Money UK has now gained the support of Nick Hurd, the Minister for Civil Society.

Move Your Money UK is a national campaign to spread awareness that ordinary people can help build a better financial system by moving their money out of the ‘too big to fail’ institutions into smaller and more ethical organisations such as credit unions and building societies.

“I support Move Your Money’s aim to raise awareness of socially responsible financial providers that pursue an agenda of responsible capitalism.” said the minister after Move Your Money UK came to his attention for launching a list of ‘Better Banking’ cash ISAs. “We know that there are many people in the UK who want to invest in socially motivated organisations but need the tools to be able to do so. Social ISAs will allow ordinary people to invest their money in organisations that make a positive difference to society.” the Conservative MP for Ruislip, Northwood & Pinner continued.

Move Your Money has already gained the support of Co-operatives UK, NEF (the new economics foundation), the National Union of Students (NUS), the Centre for Responsible Credit, the Community Development Finance Association, the London Rebuilding Society and Ethical Consumer.

MP for Bristol West, Stephen Williams is actually moving his money as part of this campaign and said “My constituents in Bristol often write to me expressing their frustration at bankers’ bonuses. Move Your Money offers them a constructive way of venting that anger and showing the big banks that they do not have a monopoly on their custom. I am going to open an ISA with Triodos, the Bristol-based ethical bank. I encourage my constituents to consider doing likewise."

"Banks may think they are too big to fail, but I'd rather put my savings with a Society that is 'too small to bail'. In these recessionary times, big banks with large overseas and European operations are not safe.” 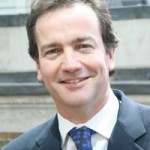 “Leeds Building Society has a well-earned reputation as an ethical, caring, local business – it really makes a difference in its community. My mother has also taken all her money out of Santander!”

Spokesperson for Move Your Money UK, Marloes Nicholls, who is also a researcher at the Oxford University Economics Department, said “2012 is THE year for alternatives to the big banks to come to the fore. The public is fed up with back to business as usual. Opening an ISA with a credit union, building society or ethical bank not only means you know your money is being used responsibly but can also offer you market leading returns and excellent customer service.”