His letter asks about the role of Andy Burnham putting pressure on the Care Quality Commission (CQC) not to expose poor hospital care.

I have uncovered new evidence about how the Department of Health under Andy Burnham put pressure on the Care Quality Commission (CQC) not to expose poor hospital care.

I was genuinely surprised when I saw the reaction of Labour to the emails released to me under FOI, claiming ‘no evidence has ever been produced to suggest anything other than that ministers acted properly at all times’.

The emails provided by the CQC say Andy Burnham was ‘furious’ when the truth about poor care at Basildon and Thurrock became known, and that one of his junior ministers – and a current Labour Prospective Parliamentary Candidate – warned the CQC to be mindful that ‘anything you do is political’ in the run up to the last election. The CQC should have been tasked by Ministers with focusing on patient safety not worrying about politics.

This new evidence adds further weight to the claims that have already been made by former CQC head of media, Roger Davidson, that pre-election the organisation was told ‘we don’t want bad news’.

It also appears to underline what Baroness Young told the Francis inquiry that the CQC was ‘under more pressure…when Andy Burnham became minister’.

The growing weight of evidence that Andy Burnham politically meddled in the actions of the independent healthcare regulator contradicts his statement in the House of Commons in July that there was no shred of evidence of political interference with the CQC.

After all our NHS has gone through with instances of poor care at Basildon and Thurrock, the other hospitals now in special measures as a result of the Keogh Review, unnecessary baby deaths at Morecambe Bay and widespread failures at Mid Staffs, we need to assure the public that they will have transparency about the care they can expect. Labour cannot credibly do this while Andy Burnham continues to act as your Shadow Health Secretary given his record.

I am therefore asking you to retract the statement made by Labour yesterday. The patients and families who have received poor care as a result of the NHS cover ups need to see some acknowledgement from you that Labour made mistakes if they are going to be able to move on.

Failure to do so will only strengthen the impression that, as the country’s foremost expert on hospital mortality rates, Professor Sir Brian Jarman has said: Labour ran an NHS ‘denial machine’, which ignored issues in our NHS when they were politically inconvenient for you. That is something, I’m sure, neither of us wants.

In light of the seriousness of this issue, I am making this letter public. 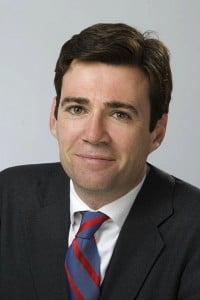 One in seven americans lives in poverty