MPs must seize the opportunity to boost the economy and tackle climate change by voting today (Tuesday 4 June 2013) to include a clean power target in the Energy Bill, Friends of the Earth is urging.

The Coalition is facing the prospect of an embarrassing rebellion by Liberal Democrat and Conservative MPs, eager to kick-start investment and jobs in the green economy and tackle climate change. Since Monday (3 June) two new Liberal Democrats and a new Conservative MP have confirmed their support, with others signalling they may vote for the target, pushing the total number of MPs in favour above 300.

The amendments to the Energy Bill, tabled by Tim Yeo and Barry Gardiner MPs, will introduce a target to take the carbon out of the UK’s power sector by 2030. They are backed by the Labour Party, the SNP, Plaid Cymru, and the Green Party. Liberal Democrat Party policy is to support a decarbonisation target and party president Tim Farron is one of over 20 Coalition backbenchers who have said they will vote for the amendments.

Andrew Pendleton, Head of Campaigns at Friends of the Earth said:

“MPs from all parties must vote in favour of a clean power target – as well as tackling climate change and creating thousands of jobs, it will save householders billions of pounds compared to a dash for gas.

“Investors say that they need certainty so they can make long-term investments in clean British energy. Without it we risk losing business overseas to countries that have made a clear commitment to developing a low-carbon future.”

The target is also supported by a huge coalition of more than 200 leading businesses, energy investors, trade unions, charities and faith groups – including household names like Asda and Microsoft – and only yesterday, Lord Alan Sugar warned that unless Government commits to clean power, the UK risks busting its climate change targets and losing business and jobs abroad.

The target would prevent Chancellor George Osborne from increasing the UK’s reliance on polluting and increasingly costly gas imports, and send a green light to firms wanting to make long-term investments in UK renewable energy and its supply chains.

It is estimated that committing to low-carbon power would save households and businesses up to Â£45 billion, because the price of gas is expected to rise. However, this could rise to Â£100 billion, if the gas price rise is higher than expected.

The Government wants to delay setting this target until 2016 at the earliest, but big manufacturers who invest in UK supply chains, such as Vestas, Siemens and Alstom, have warned that more delays will see business and jobs lost abroad to countries with clear low-carbon energy commitments. Meanwhile the Chancellor is pushing for the Energy Bill to provide support from bill-payers to build up to 40 new gas power stations, starting in 2014. 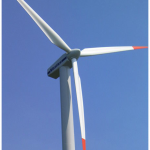 “With the economy struggling for recovery, the last thing we should be doing is driving business and jobs abroad.

“Renewable energy is the future, it’s no wonder firms want to invest – but they need to know UK demand isn’t set to fall off a cliff-edge because the country’s too busy importing fossil fuels.

“A clean power target is a fantastic opportunity to revive British manufacturing and boost green growth – MPs must grab it with both hands.”

“Without a 2030 target there's a risk momentum will be lost – and that would mean fewer green collar jobs in the UK for generations to come.”