The Independent Parliamentary Standards Authority (IPSA), set up by the government to prevent a re-occurrence of the MPS expenses scandal and to rule on MPs' pay, has got the government in a tangle with its pay proposal for MPs.

IPSA recently recommended an 11 percent pay rise for MPS in 2015 and this was roundly condemned by all three main party leaders. But the back-bench MPs aren't so keen to let this go. As they point out IPSA was set up to rule on this issue so their recommendations should be followed in full – otherwise who then has control over MPs pay? IPSA, the government or parliament? With either of the latter two in control it completely negates the whole point of setting up IPSA in the first place; as the vice chair of the Tory back bench 1922 Committee, Charles Walker, has said.

The 11 percent pay rise proposed would put an MPs pay at about three times that of the national average wage of £26,000. The £74,000 being put forward by IPSA may already be a contentious issue to some but an 11 percent rise when others are having their pay frozen will definitely not go down well with the majority.

Then there is the issue of what happens when other pay bodies came forward with recommendations for pay rises: the Armed Forces Pay review Body for example, or the police, nurses, teachers, local government employees. The list goes on. 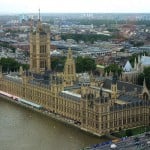 If IPSA is ignored then pay is effectively back in the hands of MPs (but only ministers as opposed to all MPs by vote as it used to be). If IPSA is followed then they will all be charged with putting their snouts further in the trough and how can they then ignore other groups' pay proposals without claims that MPs are again feathering their own nests. They are in a fix aren't they.

'Oh, if only IPSA had recommended a below inflation pay rise' ministers must be thinking.

What we need to do is make MPs pay truly reflect the economic performance of the country and this could only be done by linking their pay somehow to the more vulnerable in society (they are the ones who get small boosts when the economy is doing well but are trashed in the bad times) – how about making MPs pay and pensions a direct and fixed multiple of the basic old age pension or maybe the minimum wage. That might ensure that we look after the poor and elderly in the good and bad times. It might also see in time all age allowances merged into the one single pension payment (for obvious reasons).

All that's needed for this is is an Act of Parliament, no paid body involved and all manner of inspection should a proposal be made to change it.