MPs should reject a controversial tax agreement with the US after it has been revealed that American authorities are unlikely to honour the deal’s fundamental reciprocity clause, says the chief executive of the world’s largest independent financial advisory organisation.

The deVere Group’s Nigel Green is speaking out today – coincidentally American Independence Day – after US Congressman Bill Posey, an influential member of the House Financial Services Committee, yesterday in a letter to the US Treasury Secretary cast doubt on the Treasury’s ability to promise the world’s governments that they can expect financial information reporting with the US to be reciprocal, should they agree to enforce America’s Foreign Account Tax Compliance Act (FATCA).

Mr Green comments: “FATCA’s supposed guarantee of reciprocity has been the ‘hook’ for many governments, including Britain’s coalition.

“World governments were informed that if they signed a FATCA intergovernmental agreement (IGA) with the US Treasury, in return they will receive information on the financial affairs of their own citizens who live in the United States. The IGA will force all these governments’ financial institutions to report their American clients’ financial activities directly to the US Internal Revenue Service – meaning, in effect, they will act as de facto IRS snooping agents.

“However, as Congressman Posey’s letter underscores, the US Treasury does not have the legal authority to keep this promise of reciprocity.”

He continues: “Meanwhile, MPs could be about to approve Clause 219 of Finance Bill 2, granting HMRC virtually unlimited power to impose FATCA in the UK – at huge expense to British financial institutions which will then, no doubt, be passed on to customers – on the false premise of US reciprocity.

"As such, the deVere Group chief executive is urging parliament to reject FATCA.

“When the FATCA issue returns to the House of Commons, after it has been rubber-stamped in the Lords on 15th July, politicians must vote it down because the US is unlikely to keep its side of the deal,” he says.

“The coalition caved into US demands over FATCA on the understanding that the UK would benefit from a reciprocal exchange. Yet there appears to be no reciprocity that can stick.” 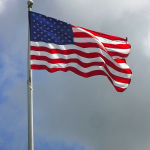 Flag of the USA by kelson

More than a dozen countries have to date signed an IGA with the US on this issue, although the process to have all the major nations, including the vitally important economic powerhouses of Russia and China, to sign up before FATCA’s 1st January 2014 deadline remains slow.

FATCA critics argue that it is expensive and burdensome for foreign financial institutions to implement, that it is a form of US imperialism, that it could damage delicate international relations and trade agreements, that it is in direct conflict with many foreign laws, and, crucially, that it would compromise America’s economy as it would dramatically reduce foreign investment in the US, threatening American jobs.

In addition, FATCA, its opponents insist, would do little if anything to catch tax evaders, which is purportedly its primary objective.

Image by user:kelson (Own work) [CC-BY-SA-1.0 (http://creativecommons.org/licenses/by-sa/1.0)], via Wikimedia Commons