â€Ž'The Valleys' MTV program is as far from quality entertainment as the north pole is to the south, but is it what valleys life is actually like in South Wales? 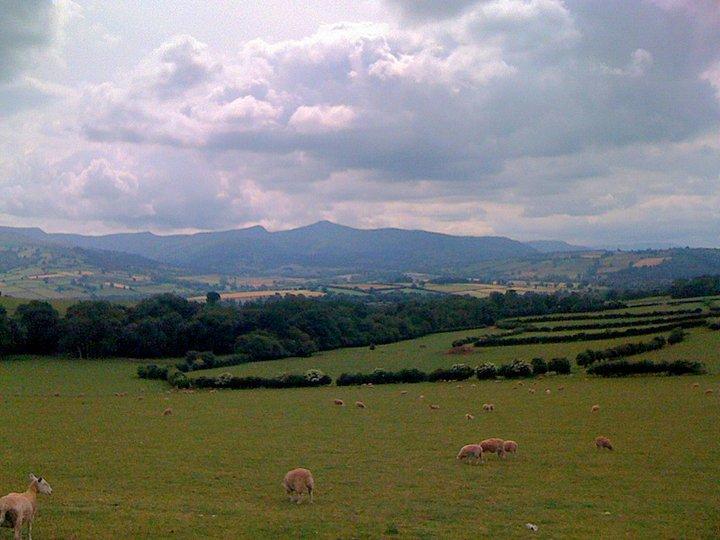 Yes the program portrays much of what the feral generation are getting up to and it identifies the moral values held by the our young not just in the South Wales Valleys but all over the country.

But no, it is notÂ representativeÂ of the South Wales valleys because that means we the people of the Britain and the valleys have turned all our children into soulless, thick, superficial consumers and must therefore take at least some of the blame for our children's behaviour.

And no one wants to face up to such a reality.

Okay, the program is set in Cardiff filled to the brim withÂ negative/engineeredÂ stereotyping andÂ not the South Wales valleys but the characters involved all do herald from the land of coal and iron.

But I ask the people of the valleys and other areas of social depravity if is there anything that genuinely shocked them in the program and if that is the first time you who live in valleys have witnessed such behaviour?

What were we as a nation to expect from the next generation when our children were raised with namby-pamby politically correct ideology socially engineered by a government that deliberately did all it could to remove all Christian/Christian inherited values from society in the name of progressive thinking.

TheÂ aforementionedÂ social engineering gave rise to a culture of reality television addicts calibrating their moral compass from programs such as X Factor and Big Brother all dressed up as family entertainment?

Did we really expect a generation of culturally discerning puritans?

So the kids of 'The Valleys' want to go out getting drunk and sleep with anything with a pulse and the people of the valleys are in moral outrage at such behaviour? Or is it the fact that the nation is beingÂ negativelyÂ stereotyped again?

We (for I am one of those in question after spending most of my life in a valleys town) had better ask ourselves why these kids have turned out like this and also why we pay attention to, or care, how the outside world views those of us who love Wales.

So questions must be asked as to what is the name of that which birthed the degradation of morals that have declined with each passingÂ generation as displayed for allÂ theÂ World to see in MTV's 'The Valleys'?

Over the years the Welsh have hated Conservative ministers coming to Merthyr Tydfil and other valleys towns only look down their noses at the people and their ever present poverty only to tell them to get on their respective bikes to find work when it is these very same class of ministers who destroyed the industry of the area and left the financial infrastructure unable to bring harvest to the local economy.

Such ministers should be held to account by the people of the valleys.

However there is one thing I despise even more than wealthy sycophants fromÂ WestminsterÂ denigratingÂ the lives of the poor and branding them as benefit scroungers and that is the attitude of the people in the valleys where responsibility is everyone else's but not their own and there is too much of a victim mentality and therein lies the real problem.

This attitude will do anything to hide the fact that if we don't like what our children are doing then it is not necessarilyÂ the government's fault and it might have something to do with the way we have raised them.

The source of this attitude in the South Wales valleys towns is easy to identify and the blame falls at the feet of those who exploited theÂ workforce who ensured they were in a constant state of insecurity in order to maximise the efficiency of the workforce.

But for how much longer can the Welsh be victim to the 18th and 19th century mass brainwashing thatÂ propagated during the industrial revolution the idea of an ineffectual workforce.

Not even the rise of the unions and socialism sweeping through the industrial towns of Britain could awaken the masses into realising that working the land for pennies is one thing but to earn in full profit through compulsory purchasing of mineral rich land and distributing the gains fairly is another.

Those who have written off Wales yetÂ profitedÂ from her bounty should fear the day when the Welsh actually realise what mineral wealth they are still sitting upon and the price that could be placed on their natural resources and the fact that the profits from such wealth could be their own and distributedÂ amongstÂ the people of Wales.

This wealth would lead to a new era of confidence in Wales and the children of the valleys would regain the pride that their forefathers had in the land and as a country.

The Welsh face a challenge as the notable attributes of bravery, community and generosity which have in the past made them the Â finest of people is under threat asÂ their inability to shake of the "Poor Me" attitude drags through to the 21st century in a globalÂ depression.

So where is the vision of people of the valleys? Where are theÂ politicians to stoke the fire in the bellies of the Welsh?

If someone does not speak up soon and set the hearts of the people of Wales alight soon we will see negative stereotyping becoming a national branding.

If 'The Valleys' kids behave as they do then what will be their children behave like?