In Wednesday's Mansion House speech the Conservative Chancellor, George Osborne, is set to announce how the government will sell off its 79% majority stake in RBS.

Responding to the news, Fionn Travers-Smith, Spokesman for Move Your Money, said,

“After bailing out RBS for £45 billion and suffering the cuts to pay for it, the British public deserve better than a reckless firesale at knock-down rates.

Flogging off RBS to the City will mean business as usual for the banks – enrichment of the very few at the expense of the great many, with more scandal, lost jobs and branch closures as a result. 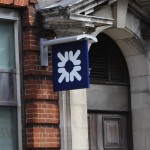 We should be using RBS to fix our broken banking system, not giving hand-outs to the people that caused the crisis in the first place.

The Treasury should look at all options for the future of the bank – as recommended by the Tyrie's Parliamentary Commission on Banking Standards – rather than just selling it off on the cheap to Osborne’s mates in the City.”