LibDem run Stockport council wants eateries like cafes, Indian restaurants and fish and chip shops to hide their salt cellars behind the counter so forcing people who want to use the condiment to have to ask for it.

This totally unnecessary and petty move is part of the Greater Manchester ASK campaign health drive to lower salt consumption, which is a contributor to high blood pressure, stomach cancer and asthma. The hope is that this 'out of sight out of mind' policy will reduce overall salt consumption. Businesses that participate in the initiative will display as ASK campaign symbol in their windows.

Despite health professionals and celebrity chefs such as Paul Heathcote welcoming this initiative, the council has come under fire for pushing ahead with it while here are massive savings of Â£50 million over four years that need to be found in the current economic climate. 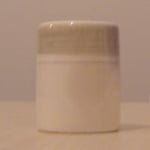 David Davies, the Conservative MP for Monmouthshire, said "Too much salt is bad for you, so why not educate people and let them make a free choice?” And Stockport's Conservative group leader, Les Jones, said “British people don’t like being ordered around. If you actually want people to use more salt, then tell them not to. It’s a foolish thing to do.”

The campaign director if the TaxPayers Alliance said “Stockport council has to find millions in savings in the coming years so officials should be focusing on delivering services that matter to taxpayers, not running around removing condiments from local eateries as part of a silly PR stunt. This is unbelievable nanny-state behaviour. People expect to be able to put salt on their food whether they’re eating out or at home. Taking away shakers won’t change that.”

It also looks as if this initiative will be rolled out nationwide if it is successful in the Manchester area.

What next? A quid extra for a shake of salt maybe? Or a local surcharge for a portion of chips? Will salt and then sugarÂ  become bonded goods? Where are we going with all this?

This Is Britain: Mwnt Beach

Top cities to live in Middle East, Australia and Europe

McDonald's attacked by US doctors' group