Just powering up the computer to have a quick look at the latest news when I caught the snippet that the NASDAQ had shut down just after midday US time (12:41).

There seems to be little information as to the reason other than it is a 'technical glitch'.

Zero Hedge is of course right on the case but they seem to know more about it than NASDAQ itself does judging by the total lack of information on their website, other than a flatlining index. Although the Telegraph does say that 'Nasdaq issued a message at 12.21pm saying it would halt trading in so-called “Type C” securities – the name given to Nasdaq stocks – until further notice “due to issues with quote dissemination”'

The SEC webste is also devoid of anything on it.

A quick search with Google also shows that there is very little information about this.

The NASDAQ is a major US trading exchange and lists the shares of companies like Apple, Facebook and Microsoft. So this will of course have repercussions and a lack of information will not help improve the general public's confidence in the markets (especially if they are ordinary people with shares).

At the moment there appear to be all sorts of rumours around the web about the 'real' reason(s) behind this. I'll leave it for you to find them.

It's still down as I write this. I expect we'll read about it all tomorrow …….. after the money's been made.

UPDATE: Just seems to have re-opened with an up-tick on stocks at about 3:19 pm. 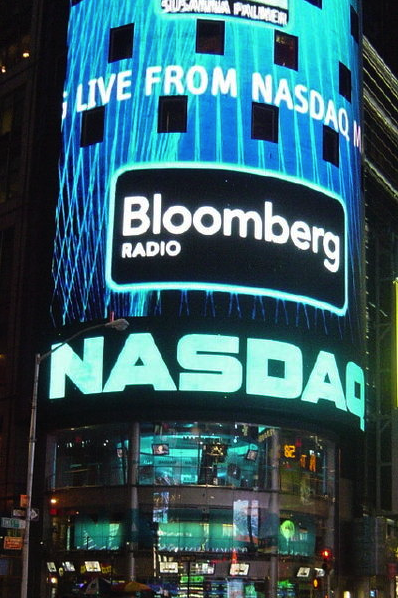 NASDAQ by Kowloonese via Wikimedia Commons