Exhaustive political and media focus on the headline economic numbers is distracting attention away from the underlying issues contributing to Britain’s economic malaise. Only the Green Party, it says, is drilling down into the numbers and revealing the real nature of employment in Britain today – on the rise of forced casualization, on troublesome underemployment and on the scourge of zero-hours contracts. Only the Green Party is serious about addressing these problems and delivering jobs Britons can actually build a life on.

GDP is a nonsense figure. It doesn’t measure an increase in wellbeing, doesn’t account for the environmental damage caused by economic activity, doesn’t acknowledge the corrosive impact of inequality. It fails to measure the health of the economy.

“Take the example of an airline that flies an empty plane into Heathrow to keep their rights to a slot – it’s ‘good’ for GDP, bad for the environment, for the peace and wellbeing of West Londoners and their neighbours – overall a clear net bad”, points out Natalie Bennett, leader of the Green Party in England and Wales.

Unemployment figures can be as misleading. Until recent months the Coalition government had been trumpeting ‘encouraging’ unemployment rate figures as evidence that the economy is ‘not as bad as you think’. What hasn’t been trumpeted is the kind of employment available to Britain’s millions of desperate job-searchers.

Hard questions need to be asked, insists Bennett: “Is it a job that is sustained, sustainable, something they can live on, or are the workers being caught in poverty traps, mired in uncertainty from week to week, unable to live their lives in the way they would want? Can they set up or maintain a household, sign with confidence a six-month rental contract, or a 20-year mortgage, or feel safe that they’ll be able to comfortably care for a child they might choose to bring into the world?

Put simply, our economy is not delivering, particularly for our young people. There are too few sustainable, decent jobs, jobs that people can build a life on.”

Forced casualization is a reality for millions. The ‘underemployment rate’ for 16-24-year-olds is 30 per cent. Another painful reality of employment in Britain today is the rapid spread of zero-hours contracts. More than 200,000 workers in Britain are on zero-hours contracts. That means staff don’t know from week to week, even day to day, how much work they’ll get – and how much pay. The young are hardest hit; one in every three zero hours employees is now under the age of 25. 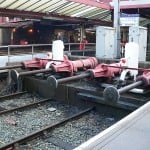 The Green Party provides genuine solutions. “We need to make the minimum wage a living wage: if you work fulltime, you should be paid by your employer enough money to live on, pro-rata for part-time staff who choose that work pattern. No ifs, no buts. Your employer needs to meet the cost of your subsistence,” says Bennett.

“And we need to ban zero-hours contracts. The ice-cream shop that calls staff in or not on the basis of the next day’s weather forecast might be maximising its profits, but its putting its workers in an impossible situation – and ensuring that the state has to pay corporate welfare to cover the shortfall.”