New Which? research reveals a nation worried about savings, with those about to retire more likely to be eating into their savings than any other age group.

The latest Which? Quarterly Consumer Report finds that half of people are worried about the level of their savings (49%) with one in five (20%) dipping into their savings to pay for essentials last month. This figure rises to a quarter (23%) of 50-64 year olds – the highest of all age groups – and this group was most likely to use it for food (49%) or a household bill (48%).

One in five (20%) UK households have no savings at all, leaving people vulnerable to financial shocks. Around four in ten (43%) say they would find it difficult to cope with an unexpected expense, but just 26% say they are saving for a rainy day or unexpected expense.

Which? analysis of the Office for National Statistics' Living Costs and Food Survey shows that the average household saves £5.20 per week, or £270.40 per year. But those on the lowest incomes are not saving anything at all, compared to those on the highest incomes saving on average £22 a week.

The current very low interest rates are further compounding this savings problem as there is little incentive for people to save. After the cost of living, savings interest rates are one of the top consumer worries with six in ten people worried (58%), and those about to retire especially anxious (62%).

"Our research paints a worrying picture of consumers vulnerable to financial shocks and unable save for retirement, with the rising cost of living forcing them to dip into their savings to pay for essentials like food and bills.

"We're pleased the Financial Conduct Authority is looking into the savings market and we want the regulator to take real action to help savers to get the best deal out of the savings market, rather than leaving billions of pounds languishing in accounts paying poor levels of interest."

Pre-retirement age people are also particularly worried about the level of their savings. Two thirds (64%) of those aged 50-64 are not confident they will have enough money to live comfortably in retirement and last month 16% reduced the amount of their savings – four times as many as those aged under 30 (4%). Only three in 10 (30%) increased their total amount of savings last month – the lowest proportion of all age groups. 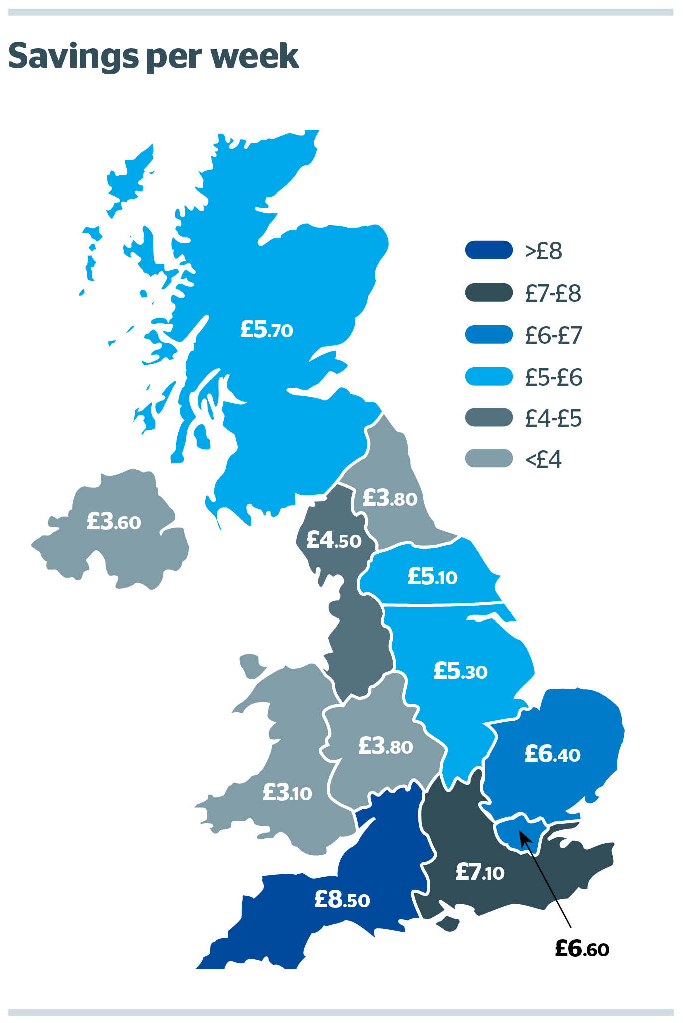