The control freaks in government just don’t get it do they. Brits don’t want ID cards thrust upon them and they know it, but instead of just dropping the whole idea they come up with a new plot to introduce it by the back door.

The government is set to announce that in future people will be able to use their online login information for such things as social media, banking and online retailers in order to gain access to public services. Imagine applying for a change of address to your driving licence and logging into the site using your Facebook profile for example. Or maybe look at your medical files after logging in with Paypal or LinkeIn.

The government seem keen to point out that this will mean that no government department will be keeping any identity information. This system is using the familiar logins that people use every day as a gateway into services, which will also prevent ‘login fatigue’ (too many usernames and passwords) it says.

The Cabinet Office led Identity Assurance Programme will ensure that only companies with properly secure login and identity verification systems will be able to participate.

On the surface it looks good; people want to get their services quickly and easily, they’ve got a login from a government approved ID checker, the ID provider does not know which government department is being accessed by the user or for what reason and the government can’t get at the user’s ID information. Great eh? And it is to be extended to all manner of other products and services too.

But of course the government will have access to the data for a variety of reasons won’t it? Combatting terrorism, chasing down tax evaders and benefit cheats, tracking suspects movements and activity (surely it would be part of the toolbox used to locate teachers who take fifteen year old children abroad for example) and any other number of ‘security’ reasons. 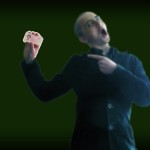 The huge and growing amount of data held by these approved ID providers would be too tempting a honey-pot for government to stay clear of for any significant amount of time. It will also attract the unwanted attentions of legions of hackers who are either keen to show their skills at getting information or who are intent on fraud. Then there would be the sale and mining of all that information.

Given time and the inevitable mission creep you could imagine where this would go. In the end our mobile phones will become our ID cards. Stopped for speeding maybe, let’s check your mobile ID.

It may be a bit of a bind having several logins and passwords but they act as automatic firewalls so that if one gets hacked it only affects part of your life. With a ‘one login accesses all approach’ a single hack could seriously ruin your life.

This idea may look nice and convenient, but it gives a few companies and their employees a vast pool of accessible data as well as allowing for future extensions that can only adversely impact on your liberties. That the government is pushing this should ring enough alarm bells. Don’t use it.