Employers who fail to pay the National Minimum Wage (NMW) will be publicly named and shamed under revamped plans to make it easier to clamp down on rogue businesses, Employment Relations Minister Jo Swinson announced today.

The new rules are part of government efforts to toughen up enforcement of the NMW and increase compliance. By naming employers it is hoped that bad publicity will be an additional deterrent to employers who would otherwise be tempted not to pay the NMW. This is on top of financial penalties which employers already face if they fail to pay NMW.

The revised NMW naming scheme, which will come into effect in October 2013, will strip back restrictions, making it simpler for government to name more employers who break the law.

Under the original scheme, employers had to meet one of seven criteria before they could be named. The minimum amount of National Minimum Wage owed to workers had to be at least Â£2,000 and the average per worker at least Â£500 before an employer could be referred to BIS from HMRC for naming. The revised scheme will remove these restrictions so that any employer who breaks minimum wage law can be named.

In 2012/13 HMRC identified 736 employers who had failed to pay the National Minimum Wage leading to the recovery of Â£3.9 million in unpaid wages for over 26,500 workers. 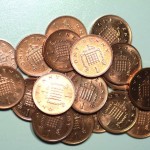 "Paying less than the minimum wage is illegal. If employers break this law they need to know that we will take tough action.

"This is why I'm making changes so it is easier to name and shame employers who break the law. This gives a clear warning to rogue employers who ignore the rules, that they will face reputational consequences as well as a fine if they don't pay the minimum wage."

If workers feel they aren't getting the minimum wage that they are legally entitled to then they should contact the free and confidential Pay and Work Rights Helpline on 0800 917 2368. Calls will be referred to HMRC to actively investigate any suspected non-payment of national minimum wage.