• Snowdonia is the only National Park with an average price below £200,000

Homebuyers must pay over £125,000 extra to live in some of the nation's most beautiful landscapes, according to new research from Lloyds Bank.

House prices in the National Parks of England and Wales in 2014 are, on average, £125,796 higher than their county average. In percentage terms, this represents a premium of 58%.

Homes in Snowdonia command the smallest premium, with property prices only 5% above the average for the surrounding area.

In contrast, the North York Moors (17%) and the Yorkshire Dales (18%) recorded the smallest gains in house prices over the last decade.

The increase in house prices outpaced the 25% of average earnings across England and Wales’s National Parks, resulting in a deterioration in home affordability over the past decade. The average National Parks house price of £342,534 in 2014 is, on average, 11.3 times higher than average gross annual earnings. This is up from a multiple of 10.3 in 2004. 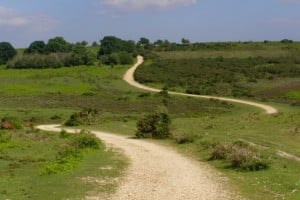 "The high quality of life associated with living in some of the country's most beautiful areas attracts many homebuyers to our National Parks. They are also increasingly popular with those purchasing a second property. These factors mean that homes in National Parks typically trade at a significant premium to properties in surrounding areas."

"The disadvantage is that the resulting high property prices have made it very difficult for many of those living and working in such locations to afford to buy their own home. This situation has deteriorated in recent years as prices have risen more rapidly than earnings."