Another wedge has been driven between the people of England & Wales and God today with the legal ruling that councils do not have the power to include prayers within their formal meetings.

The trivialisation of religion continues.

The National Secular Society (NSS) brought an action in July 2010 against Bideford council after an atheist councillor, Clive Bone, contacted them saying that he objected to the saying of prayers at the start of meetings.

Today they gained a court victory when the head of the Administrative Court, Mr Justice Ouseley, ruled that “The saying of prayers as part of the formal meeting of a council is not lawful under section 111 of the Local Government Act 1972, and there is no statutory power permitting the practice to continue.”

The NSS, which has a motto ‘challenging religious privilege’, had originally argued that non-religious council members were being discriminated against in breach of human rights, but the case was won on a purely statutory law basis.

This ruling will now apply to all formal council meetings in England and Wales.

Keith Porteus Wood, the executive director of the NSS commented “Acts of worship in council meetings are key to the separation of religion from politics, so we're very pleased with the judgement, and the clear secular message it sends – particularly the statement made about the 1972 Act”. A reference to Mr Ouseley directing “I do not think the 1972 Act […] should be interpreted as permitting the religious views of one group of councillors, however sincere or large in number, to exclude, or even to a modest extent, to impose burdens on or even to mark out those who do not share their views and do not wish to participate in their expression of them. They are all equally elected councillors.”

This victory may well have the NSS, which has been campaigning for a secular society since 1866, sharpening its legal knife looking for more ways to drive religion from the fabric of society.

Either God exists or (s)he doesn’t. But decision has already been made; as far as the law is concerned God is not important enough, therefore not powerful enough, to be considered to be relevant in our day to day lives any more. The law has said it can exclude God. Therefore the law has decreed that God does not exist. 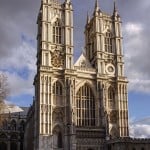 But the monarch draws her power from God, she is after all crowned by God in Westminster Abbey via the Archbishop of Canterbury. She took the Coronation Oath and is bound to serve her people and to maintain the laws of God. The power she has is then wielded on her behalf in accordance with convention by government, Her majesty’s Government remember.

So God is written into the fabric and law of our society. Without a God where do our elected officials gain the power to rule our lives from?

Without a God we are on this Earth for a few scant years never to be redeemed. So why should we bother doing anything but looking after ourselves and our own? After all, without a God we are nothing more than physiological robots constantly reacting to a survival instinct. Emotions like love become nothing more than survival based reactions. So without a God why is someone else’s survival instinct more important than mine that they can make laws that I have to obey? However big a group they are part of.

This ruling puts religion and therefore God on a par with fairy stories and actually also undermines the authority of the judiciary itself into the bargain.

What next for such things as Remembrance Day? Where would the next monarch be crowned and under what authority?

Religion as practiced by ordinary people may not be perfect, but it gives our lives a spiritual element, however small amongst some, that may make people pause, and make a better decision after reflecting on how God would view it.

Without this humans will consider themselves as the top dog with the strongest and fittest of them feeling ever more empowered to do as they please.

One final thought, on a risk analysis basis, with the prospect of eternal damnation and pain in retribution for ignoring God, wouldn’t a bit of humble praying to God be rather a good move?

Image by Image by ChrisO. (english Wiki -) [GFDL or CC-BY-SA-3.0], via Wikimedia Commons