Families hoping to be frugal this Christmas can enjoy the festive day for just over £100.

This may be worth thinking about if you feel the same as the one in ten UK consumers* who say they are still paying off their Christmas bill weeks (11%) or even months (10%) later.

According to research by HSBC, using basic and budget ranges, families can buy Christmas dinner and drink for eight people, decorations, cards, four presents and gift wrap for as little as £102.48.  A Christmas hamper containing all the festive essentials can also be added for just £23.31 which may be welcome news for the one in five (19%) surveyed who are hoping to celebrate as cheaply as possible this year. 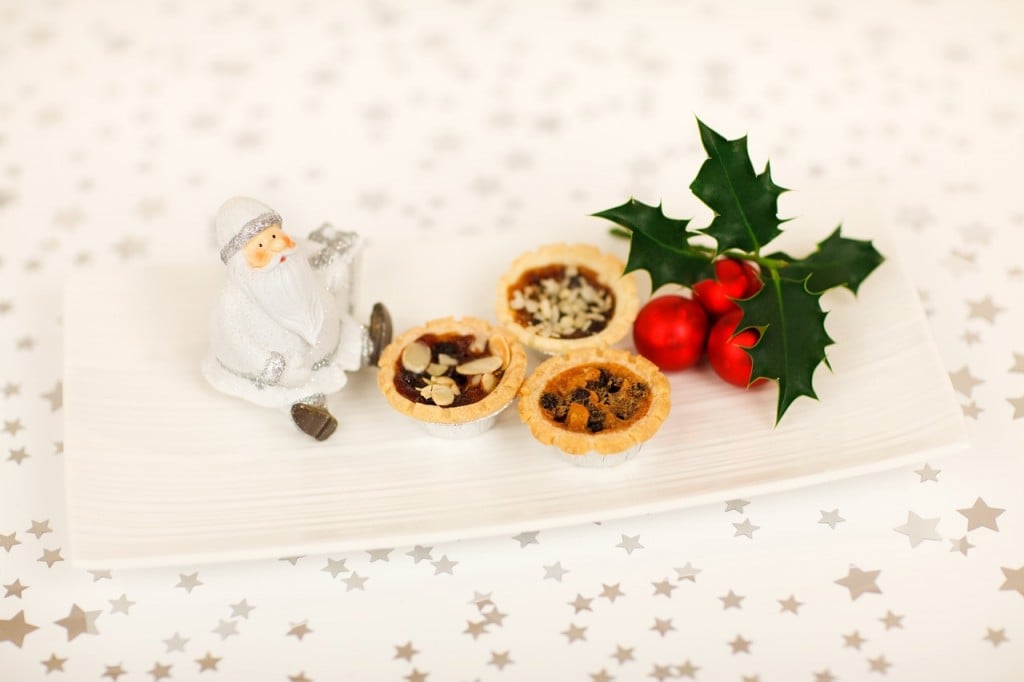 When it comes to spending at Christmas however, 77% of adults described themselves as traditional: in that they want Christmas to be special, but not to cost the earth.  With the average predicted spend per household this year at £515.50, and HSBC research indicating a traditional Christmas can be achieved for £400.75, those looking for a touch of indulgence would be able to add most of the items from a luxury hamper without going over their traditional budget:

A hamper for some extra touches 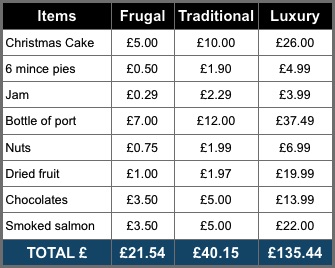 The majority of UK consumers are planning to use their monthly income (58%) and/or savings (42%) to finance Christmas this year, though 17% will rely on their credit cards.  An additional 5% will use their overdraft to get through the festive season, and 2% will turn to other loans.

How consumers are planning to finance Christmas 2014 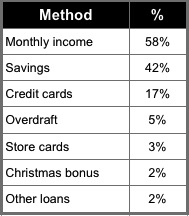 Only 13% of UK adults always stick to a budget for Christmas with those aged 35-44 the most likely to do this (15%). This age group is also most likely to describe themselves as frugal: enjoying Christmas as cheaply as possible (24%), when compared to almost one in five overall (19%).