Commenting on today’s Office for National Statistics figures showing that CPI inflation was -0.1% over the 12 months to April 2015, Martin Faulkner, a senior consultant at Towers Watson, said:

“Pensions in payment don’t get reduced – they stay flat in cash terms when a strict inflation link would see them fall. In real terms, this can boost defined benefit pensioners’ incomes at the expense of sponsoring employers.  But inflation would have to fall further, or remain negative for a sustained period, for this to be significant.

“In most private sector defined benefit schemes pension increases remain linked to RPI inflation, which is still running at +0.9%.  And even where increases do mirror CPI, today’s number only matters where April inflation determines pension increases.  Prices will have to rise by 0.3% over five months to stop CPI inflation from being negative in September – the month used by public sector schemes and by those private sector schemes whose increases directly follow statute.

“Most schemes use CPI to revalue pensions from the time when an employee stops building up new benefits and to when they start drawing their pension.  But it is increases in prices over the whole period that matter here – a single year of negative inflation can be cancelled out by what happens later. 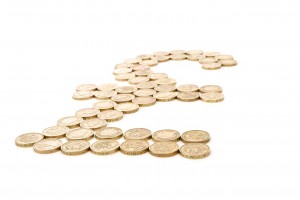 “Headlines about falling prices will jar with some people’s experience, but could soften expectations about how quickly prices will rise in future.  This might affect some retirees’ willingness to swap future pension increases for a higher starting pension or to give up an inflation-linked pension in return for a cash sum.

“For trustees and employers sitting down to reach new funding agreements, market expectations of future inflation matter more than what inflation is right now.  These have been coming down, but not enough to offset the impact of lower bond yields and the worse outlook for future returns on other assets.  Typically, schemes can expect funding agreements reached three years ago to have been blown off course – this will usually require schemes to stay in deficit for longer unless employers can be persuaded to increase the contributions they pay.”

Where next for UK commercial property?