Following recent market turmoil and the increasing focus on how the European banks are performing, Michael Hewson of CMC Markets looks at the performance of European and Asian banks, and what is expected ahead of the banking reporting season. 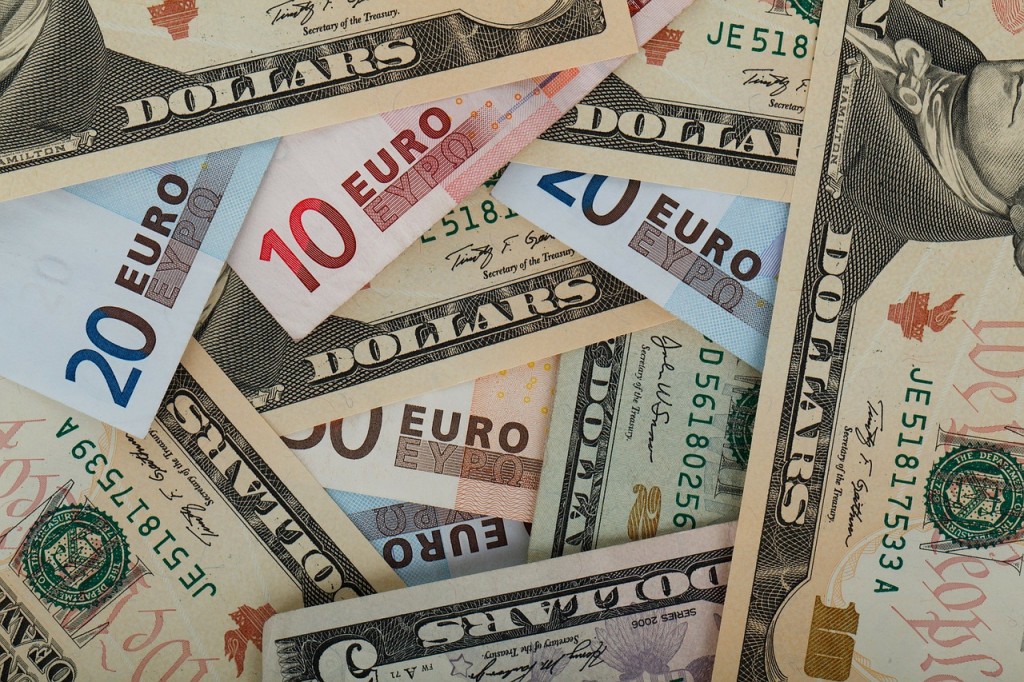 Within this special report, Michael Hewson focuses on:

· How the big banks have performed in the past year, and what we can expect in the next few months

· How the global economy is faring as a whole

The woes of the banking sector has provided a rich stream of narrative over the past few years. This continues to provide a consistent story source as the same old problems continue making headline news, as well as hold back the recovery and reconstruction process for the entire sector.

Wherever you look, banks have fallen foul of either governments or regulators, and – irrespective of whether these banks were bailed out – the share price performance for shareholders has been woeful. The FTSE350 banking index is back at levels last seen in 2011, at the height of the European sovereign debt crisis.

Impairment provisions have been a recurring theme of bank reporting season over the last few years. In scenes reminiscent of Groundhog Day, it would appear this year is unlikely to be that much different to previous ones for the UK banks, as reporting season gets underway in earnest.

While the woes of Germany’s Deutsche Bank have grabbed the headlines in recent days the problem facing it and the wider banking sector aren’t unique. The only difference is that UK and US banks addressed a number of these problems earlier than European banks.

Furthermore the sectors woes look set to get much worse given the direction of travel for interest rates over the next few years. The implementation by the European Central Bank of lower negative rates has been followed by the Bank of Japan, and if, as expected, the People’s Bank of China follows suit and cuts rates further this could well result in further downward pressure on profit margins for European banks already struggling with falling revenues and increasingly onerous regulation.

When Royal Bank of Scotland CEO Ross McEwan took over the reins in August 2013, even he couldn’t have imagined the scale of the task ahead of him to turn the bank around. There did seem to be light at the end of the tunnel when he was able to reveal a return to profit at the end of the tax year 2014.

Pre-tax profits of £2.6bn a year ago had raised expectations that Royal Bank of Scotland had finally turned a corner after several years of losses, as the new CEO sought to draw a line under years of corporate mismanagement, fines for regulatory infractions as well as continued IT failures.

While progress has undoubtedly been made, legacy issues continue to hold the bank back, with the share price down over 30% since the same period last year. With the share price now trading back at levels last seen in 2012, it turns out the decision by the UK government to pare down 7% of its stake in the bank in the middle of last year doesn’t look such a bad decision after all, amidst a chorus of criticism that it was sold off too cheaply. That 330p price seems a long way away now.

A few weeks ago RBS revealed that it would be setting aside an extra £2.5bn in terms of provisions before it announces its full year numbers later this month. An extra £1.5bn will be set aside to cover likely fines from the US Department of Justice in respect of accusations that it sold toxic mortgage bonds. The bank is also expected to set aside another £500m cover PPI mis-selling, and taking a £498m goodwill write-down on its Coutts private bank. In addition management have also pledged to put aside an extra £4.2bn into its pension fund, which looks set to see the bank post a loss for 2015.

This continued festering sore is likely to make any prospect of a return to paying dividends that much more difficult in the short term, and unless there is some clear evidence that this continued drip feeding of negative news shows signs of abating, it is going to be very difficult to see a rebound in the share price.

The performance of Lloyds Banking Group’s shares had been one of the few bright spots in recent times, but even here the lustre has come off the share price after peaking last year just below the 90p area. Since the beginning of this year the shares have drifted back to levels last seen in 2013, breaking below its 2014 lows in the process.

Once again, fears of additional impairment charges as well as tight margins are driving the share price lower, while the bank continues to drill down on costs, announcing a further raft of job losses only last month. The decline in the share price hasn’t been helped by the fact that UK rate rise expectations have been pushed further out by the Bank of England, along with a concern that the next move in UK rates might be lower.

Moving on to Barclays: since the departure of CEO Antony Jenkins last summer, the bank appears to have lost its way, not altogether surprising given that it took 5 months to find a successor.

The appointment of Jes Staley, an ex JP Morgan investment banker who took over the reins in December, has thus far failed to stabilise a sinking share price.

Since the departure of Mr Jenkins, which initially saw a move higher in the share price, investors have voted with their feet as the share price has fallen from peaks of 290p to three year lows below 160p this month.

Since then, the bank has settled with US regulators over the FX pricing scandal and dark pools, as it seeks to draw a line under the various litigation scandals that have dogged the bank over the past few years.

Amidst this swirl of uncertainty, speculation is rife that we could well see some significant restructuring when the bank announces its full year numbers at the beginning of March.

Last month the bank reported it was retreating from some areas of its global investment banking operations including the loss of 1,000 jobs worldwide. The main focus was in Asia, including the winding up of its Australian operations, while there have also been reports that the bank is looking to sell 62% of its stake in Barclays Africa.

The bank is due to report on its full year results at the beginning of March and while we saw adjusted profits increase 11% in the first half of the financial year, it seems likely that the second half could well fall short of expectations, largely as a result of the recent financial market volatility of the last 6 months.

Recent results from the European banking sector and Deutsche Bank in particular has prompted concerns about Barclay’s results, given the similarity in their banking models.

HSBC has been in the spotlight for all the wrong reasons despite escaping the worst of the financial crisis in 2008. Fines for regulatory breaches in a number of different jurisdictions, from money laundering to tax evasion, have contributed to a drag on profitability over the past few years. The latest fine of $470m to US regulators is the latest legacy of so called “abusive mortgage practices” during 2008.

The recent turmoil in Asia markets is expected to be a drag on its latest numbers and while the bank is expected to announce that it will be keeping its global headquarters in the UK, the pressure on its margins isn’t likely to diminish.

With little sign that interest rates are going anywhere but down 2016 is likely to get much more difficult for banks with large investment banking operations.

Asia focussed bank Standard Chartered’s woes have been well documented in the last few years with the share price collapsing from peaks of 1,770.80p in 2014 to lows below 400p this month.

In November last year, new CEO Bill Winters announced a surprise Q3 loss as well as a $5bn rights issue, at a specially discounted, at the time, 465p a share, on top of the cut in the dividend a few months before.

How those shareholders feel who bought the discounted shares feel now is anyone’s guess, given the continued decline in the share price. Let’s hope the outcome is different from the RBS shareholders who paid a discounted 200p a share in 2008, and then saw them decline to 10p as the bank got bailed out by the UK government.

On top of this, we also saw the announcement of the loss of 15,000 jobs but this hasn’t been enough to stem the bleeding in the share price since then.

Continued volatility in its core Asia markets has contrived to weigh on the share price, and while concerns about its exposure to Asia’s markets prevail it is likely to find upside progress difficult.

The recent decision by the Bank of Japan to cut rates into negative territory is another factor that could well weigh on the Asia region as it is likely to trigger a counter response across the region with further cuts to Chinese and Korean rates also likely, in what is slowly becoming an ongoing war of interest rate tit for tat.

If anyone were hoping seven years on from the financial crisis that the European banking sector is on the mend will have been swiftly knocked out of that complacency in the last few months.

Despite a modest rise in US rates, the global economy shows no signs of returning to any significant semblance of health. In fact, while the US has embarked on trying to push rates higher, interest rates elsewhere show no signs of forming a base.

While these low rates are likely to keep non-performing loans at a fairly serviceable level, they do nothing to help banks build up a buffer of profits to offset them, as shrinking margins create an increasingly difficult environment for European lenders

It would appear that investors are slowly waking up to the reality that negative rates aren’t likely to help the profitability of a sector that is still dealing with the legacy of not only the sovereign debt crisis, but a new legacy of an overleveraged commodity sector that is having to deal with a collapse in commodity prices.

How to Prepare Your Investments for Another Government Standoff Ahead