Net Yourself An Affordable Property Near The Stars Of Centre Court

It’s not just tennis players who should be inspired by Wimbledon champions – anyone searching for a second home in the UK or abroad could start by seeing where the heroes of SW19’s Centre Court choose to splash their cash on property.

“Both the Gentlemen’s’ and Ladies’ Singles Champions will each receive prize money of £1.76 million at Wimbledon this year,” said Richard Way, Editor of OverseasGuidesCompany.com [1].  “And how many of us would love to go property hunting with a budget like that! It’s easy to see how the world’s leading tennis stars can afford to snap up a few homes around the world.”

Here, OverseasGuidesCompany.com highlights some of the property investments made by the four most recent men’s Wimbledon champions and suggests affordable options that would suit more average budgets. 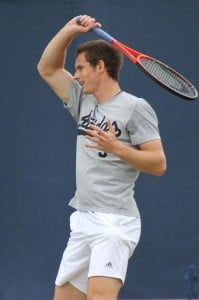 A few months before Murray became the first British person to win Wimbledon in 77 years, the Scottish champion acquired a country hotel three miles from his hometown of Dunblane. Reopening in Spring 2014, Cromlix is set in 34 acres of woodlands and garden grounds, with its own chapel and house loch. It boasts a Chez Roux restaurant, five suites and ten bedrooms, gate lodge accommodation, two drawing rooms, a reception hall, conservatory, dining room, and snooker and meeting rooms.

Alternative: Fractional ownership of a hotel room or suite – prices can often be below £20,000, depending on the size of the share. These often come with guaranteed returns and a buy-back option. Visit OverseasInvestorGuide.com [2] to browse opportunities to invest in hotels in Wales and France.

Seven-times champion, Federer has a collection of boutique homes that includes a large ski property in the eastern Swiss canton of Graubünden. The property, which he had built, is in the charming resort of Valbella, near the town of Chur, and comprises two linked luxury chalets. Roger also has an apartment in Dubai.

Alternative: For a ski pad, the French Alps have more choice of affordable properties, and without the quotas on foreign owners that Swiss resorts have. France also offers the option to purchase through a leaseback scheme. Visit FranceBuyingGuide.com< [3] for help buying a ski home in the French Alps.

Number one seed at Wimbledon this year, Serbian Novak lives in an apartment in the tax-friendly millionaire playground of Monte Carlo, Monaco. He wakes up to views of the Mediterranean and has the exclusive Monte Carlo Country Club a short lob away.

Alternative: Hop back over the border into France, and prices plummet, but the Mediterranean views remain. Centrally located apartments in the sweet resort of Menton, a few kilometres east of Monaco, are available from circa £300,000. Visit FranceBuyingGuide.com for help buying a home in France.

Professional landlords and their future in the buy to let sector