During a recent trade visit to Colombia the Deputy Prime Minister, Nick Clegg, announced that Colombian airline Avianca will be offering direct flights from London Heathrow to Colombia's capital Bogota.

Due to its strategic location within Latin America, Colombia's position as a main hub for the region is set to be strengthened further with the introduction of the direct flight.

The British government revealed there has been a very rapid growth in bilateral trade (126%) between Colombia and UK and an estimated USD 4 billion will be exchanged by 2020. Additionally, the recently approved Free Trade Agreement between the European Union and Colombia provides 0% rate on imports allowing a trading mecca for UK business. At the close of 2013 FDI entering Colombia hit a record USD 16.8 billion, up 0.87% from 2012, according to statistics disclosed by the country's central bank. 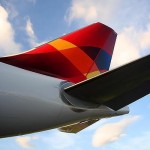 Combined, these factors solidify Colombia's growth and this has been reaffirmed with the country having the fourth highest GDP in Latin America according to the World Bank report 'Global Economic Prospects'. It highlights its economic growth is estimated to reach 4.3% in 2014, while Latin America's growth as a whole will rise to 2.9%.

The Deputy Prime Minister, Nick Clegg, stated: "Relations between Colombia and England are very strong and positive. I am very pleased and happy that Avianca has decided to reopen this direct flight from Bogota to London in July this year. This will help to strengthen the trade ties between the UK and the region even more."

Why you need to watch your digital footprint