An amendment that would allow governments to dissolve companies that do not adhere to a gender quota system of 40% in senior positions has been passed by the European Parliament today.

Another amendment passed will mean that the under-represented gender in the European Union will be given preferential treatment in the recruitment, selection and appointment of non-executive directors.

All 21 of UKIP's amendments were rejected by the European Parliament. These included provisions such as an opt-out for member states and stopping any possible sanctions on companies.

UKIP Deputy Leader Paul Nuttall said: "This legislation is barmy and confirms once more that Euro-fanatics have very little economic sense about them.

"These people seem determined to bring about tokenistic positive discrimination which may lead to businesses that don't comply being shut down across Europe.

"It is mad, bad and downright dangerous. UKIP has tried to stand up for British business with a series of amendments but these were steamrolled over by the European Parliament's collection of EU federalist MEPs. 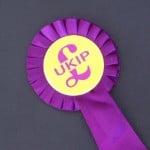 "We must leave the European Union and ensure Britain isn't damaged by any more of this madness."

And this from a body where only about 34 percent of MEPs are female. It is of course not be right that women are under-represented in many areas, but how can they lecture from that position? It sounds very much like 'do as we say, not as we do'.

With UKIP appearing to be luring financial backing their way, William Hill have today installed the party as 11/10 favourites to poll the most votes at next year's Euro Elections – ahead of 6/4 second favourites Labour; and pushing the Conservatives out to  third favourites at 7/2, with the Lib Dems unfancied 150/1 shots.

'UKIP are not only gathering plenty of donations, they are also picking up the support of political punters in this market' said Hill's spokesman Graham Sharpe.