The Definitive In-Depth Look at Stand-Up Comedy by Legends of the Industry, to be released in UK cinemas and on demand from the 16th June 2017

Directed by Paul Toogood & Lloyd Stanton and distributed by Gravitas Ventures, Dying Laughingreceived glowing reviews when it premiered at the Los Angeles Film Festival before going on to a hugely successful release in the US, seeing it sustain the #1 position on the US iTunes chart. 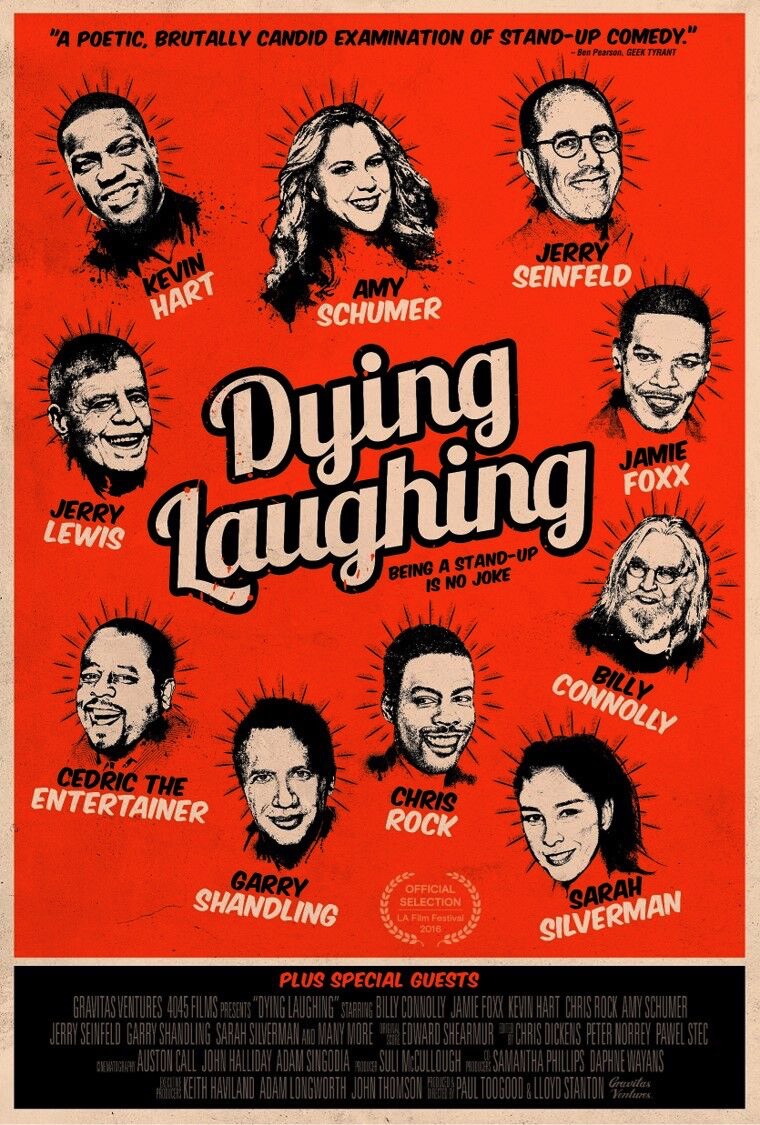 A stand-up comedian is mostly his or her own writer, director and star performer. Unlike any other art form, there is no safety net and no private rehearsal. In its singular realisation, stand-up comedy only works live on a stage – in front of often hostile audiences. For most people baring their soul and being heckled would be a life-changing trauma, for stand-ups it's a nightly hazard.

Directors Paul Toogood & Lloyd Stanton achieve a startling level of intimacy in a series of riveting interviews with many masters of the comedy universe, allowing in-depth access to the emotional and psychological highs and lows of answering the call to become a stand-up comedian.

“Over two years, as the film began to emerge from the thousands of miles traveled and hundreds of hours or interviews, we learned about the physical and emotional dedication that it takes to become a stand-up comedian, and that the prospect of failure haunts even the most experienced and celebrated practitioners,” said co-directors Toogood and Stanton. “We hope that the audience will find the final piece as touching, thought-provoking, inspirational, and as funny, as we do.”

“It’s rare that we, as fans, get such transparency into this industry from such amazing comedy legends,” said Nolan Gallagher, Founder and CEO of Gravitas Ventures. “This compelling documentary evokes not just laugher, but truly runs the gamut of emotion for the viewer.”

Directors Paul Toogood & Lloyd Stanton are fascinated by the creative process and are behind projects including, ‘Something From Nothing: The Art Of Rap’, ‘Songbook’, ‘The Great Songwriters’, and award-winning documentaries and films on subjects from football and video gaming to Monty Python.

The duo produced the film alongside producer Suli McCullough and co-producers Samantha Phillips and Daphne Wayans who all helped to secure talent. Keith Haviland, Adam Longworth and John ThomsonExecutive Produced.

This is an important day