Today Shut Out The Light is proud to announce that it will be releasing 'DENNIS SKINNER: NATURE OF THE BEAST' in UK cinemas from September. Written and Directed by Daniel Draper and Produced by Christie Allanson and Daniel Draper, it is a feature-length documentary about socialist, trade unionist and Labour politician Dennis Skinner. The film will also feature in the East End Film Festival on 17th June.

Raised alongside nine siblings within a mining village, Dennis has fought for the rights of the working class for over 50-years. Uncompromising in his views and with a set of incorruptible principles, Dennis is respected and feared on both sides of the House of Commons. 'Dennis Skinner: Nature of The Beast' looks at what lies behind his passion and drive, and tracks his rise from a local councillor to today where he is one of Britain's most recognisable politicians – known as 'The Beast of Bolsover'.

After interviewing Dennis for a previous project – a documentary about Robert Tressell's seismic book, 'The Ragged Trousered Philanthropists' – director Daniel Draper approached Dennis about making a feature-length documentary about his life and contribution to British politics. After a 90-minute phone conversation about football, nature, literature, musicals, Woody Allen films (and a little bit of politics) Dennis decided he trusted Dan to make the first documentary about him and his politics. 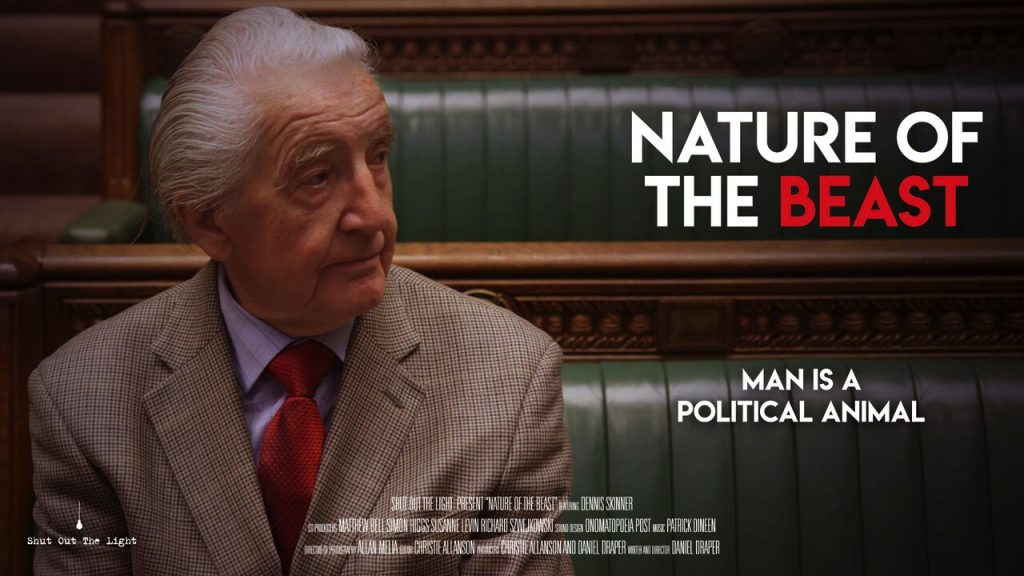 Photography began late 2014 after a small grant was received from the National Union of Mineworkers and several union branches. Due to the minuscule budget, all the crew volunteered their time and expertise over a period of 18-months, travelling a combined 3000 miles across the country and working around Dennis's busy schedule.

After photography was wrapped mid 2016, a successful crowd-funding campaign raised archive and post-production costs. The autumn of 2017 will mark 3-years since the birth of the project which, thanks to the hard work and commitment of a small team, is now ready to be released.

"Working with Dennis over the last three years has been an absolute joy – to have such access to a political stalwart, to witness his passion first hand and to capture his narrative on film has been an honour. He is the personification of what the Labour party should be, and his principles are particularly relevant in today's political climate. It's important that a portrait of this man exists, and I'm thrilled Dennis trusted me to do it."