New official statistics published by the Office for National Statistics this morning show that rents in Great Britain grew by just 1.3% in the period May 2012 to May 2013, far below the rate of inflation.

The British Property Federation said the data, which shows rents rising by just 0.8% if London is excluded, should put an end to damaging myths around rents, which are regularly claimed to rising far above inflation.

The new statistics show that from May 2012 to May 2013 private rental prices fell in real terms in every English region. The largest rental price increases were London at 2.2% and the South East at 1.2%, both below May’s RPI inflation rate of 3.1% and CPI of 2.7%. Over the same period, rental prices decreased by 0.1% in the North East.

The data shows that rent inflation in the PRS has not only undershot inflation over the past year, but also over the past eight years. Between May 2005 and May 2013 rental prices increased by 8.4% in England – the largest increase in this period was in London at 11.0% followed by the East at 8.3%. The smallest rental price increase was in the North East at 5.2% followed by the East Midlands at 5.3%.

Ian Fletcher, Director of Policy at the British Property Federation, said: “For too long we have lacked a decent official statistic on rental growth, and as a result that void has been filled by all manner of surveys and commentators all too prepared to paint a false picture of what is happening to rents in the private rented sector. This index is therefore welcome and though experimental, hopefully will become an established part of our national statistics and provide the insight we have lacked. 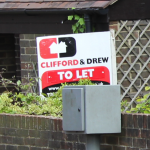 “What is clear is that rents in the private rented sector have not risen at anything like the rate that some people would like to portray. Private rents do not rise at the rate that is often perceived because most landlords do not raise rents every calendar year, but only when a tenant moves on, which is typically every 20 months or so. There is also a view amongst some commentators that frothy rents in a few postcodes in London are somehow indicative of the country as a whole.

“These figures show that someone paying a rent of Â£500 a month would have seen their rent rise to Â£506.50 over the past year, far lower inflation than in their energy, food or transport costs. I hope this marks the end of careless talk on rent controls, and instead we concentrate on some of the real challenges facing the sector, such as how to attract investment to help deliver more homes.”

6 Things to Consider Before Applying for Debt Consolidation