New Peer creations shows the venal side of Government

The creation of 45 new members of the House of Lords, amongst them 26 Conservatives, 8 Labour and most extraordinarily 11 Lib Dems has been greeted with contempt by UKIP today.

On top of that seven peerages were blocked as unsuitable candidates after failing the vetting process, which is an unprecedented number. The House of Lords will still number 820 members after the most recent additions.

Lord Pearson, the UKIP leader in the House of Lords said, "In 2014, UKIP won the European Elections, with 4.5 million voting for us. This year almost 4 million voted for us and made us the third largest party by vote share. Instead of recognising this fact Cameron has shown that he has an almost 18th Century attitude to the patronage at his fingertips. Awarding friends, rewarding allies rather than trying to reflect the opinions of his countrymen. Despite increasing electoral support in the country, UKIP has never been awarded a single peerage, a constitutional anomaly that must be ended.

"It is clear that the Prime Minister has no interest whatsoever in a fair representation of the people. To that end I am tabling a motion demanding that the situation be debated fully before a single new Lib Dem peer is presented to the House." 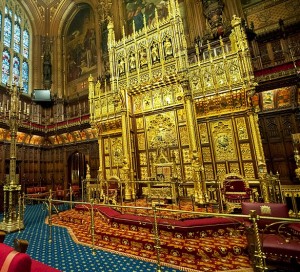 In a letter to David Cameron, Lord Pearson the UKIP leader in the Lords has said, "There are two reasons why this would be wrong… under their own coalition policy, to which I gather they still adhere, the Lib Dems are entitled to only 43 seats in the Lords, (from 7.9% of the votes cast in the recent Election), whereas they already have 102, or 59 more than they should. UKIP, on the other hand, would be entitled to 69 Peers (from 12.6% of the votes cast the last Election), whereas we have 3, or 66 less than we should. And under your new variation of this policy, to 'reflect the results of the previous General Election'".

The second more important point made by Lord Pearson is that as the country gears up to the EU Referendum debate to have the upper house almost devoid of people prepared to make the argument for OUT, currently there are less than 1% of the chamber who prosecute to view, would make the House of Lords a constitutionally dangerous impediment to proper debate. It would bring the whole system of governance into greater contempt than ever, a worrying result given the already broken relationship between the Lords and the people following a series of scandals.

Higher taxes and poorer public services may be on the way