JLT Wealth Management (JLT) is urging high earning members of final salary pension schemes not to get caught out by recent changes in pension legislation as the deadline approaches for the completion of self assessment tax returns.

JLT warns that many defined benefit scheme members face confusion because of the new rules, with some risking penalties for mis-reporting.

The new rules that set an upper limit for pension arrangements of Â£50,000 p.a. apply from the tax year 2011/12 and anyone who breached these limits needs to report the amount in their tax return this month. For members of final salary pension schemes, the calculations required to work out the tax liability can be daunting:

Â·Â Â Â Â Â Â Â Â  On its website, HMRC says that where an individual does not have information from their scheme they should 'use an estimate of their pension input amount', but it also states that 'where the estimate is less than the final figure, the individual will need to pay additional tax along with any interest on the late payment of the tax'.

Â·Â Â Â Â Â Â Â Â  Matters are made more confusing by the fact that most individuals, who are liable for the tax charge, can opt to request that their pension scheme makes the payment in exchange for a reduction in their pension benefits. Strangely, an election to opt for what is known as 'Scheme Pays' does not have to be made until December 2013 – whether or not HMRC will then add an interest charge for late payment is unclear.

Â·Â Â Â Â Â Â Â Â  Pension schemes are required to notify any member who has breached the allowance by providing a statement but they are not required to provide this for the tax year 2011/12 until October of this year; nine months after an individual is supposed to have reported the amount!

Â·Â Â Â Â Â Â Â Â  In December 2012, the Chancellor announced that from April 2014, the pension annual allowance will be reduced to Â£40,000 so more people will be hit by the tax charge and the confusion that surrounds it. 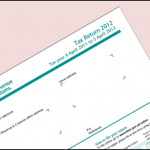 “Apart from the problems for those individuals that have a grasp of the new rules, we believe that there are thousands of pension scheme members who will be liable for additional tax and don't even know it. Some of these will be people who have never completed a self assessment tax return because they are not high earners but merely people whose pension benefits increased substantially due to a promotion and consequent increase in salary.

“Anybody who thinks they might be affected should take specialist advice as there may still be time to take action to avoid an unexpected tax bill for 2012/2013. Those who have already submitted their tax return may need to contact HMRC to make amendments.”

Take a Back seat in Your Business says Branson