Most older people are “Burdened by Bills” or are “Conservative consumers”

New research published today by the International Longevity Centre-UK (ILC-UK) and the Personal Finance Research Centre (PFRC) at the University of Bristol paints the latest picture of “financial wellbeing in later life”. The new summary of a year of research by PFRC and ILC-UK explores issues as broad as patterns of spending, debt, financial satisfaction and quality of life in older age. The research will be presented at a major policy and research conference on 6th March in London.

As part of the report, David Hayes and Andrea Finney of PFRC used new analysis of the 2010 Living Costs and Food Survey to explore how types and levels of expenditure vary among the over 50s. “Dominant Patterns of Expenditure Among Older People in the United Kingdom: Segmenting the Older Consumer Using the Living Costs and Food Survey” has been published in in the journal Population Ageing.

This new “cluster” analysis has classified older households into six groups based on their main patterns of expenditure.

Foodies account for 19% of older households. They have very high expenditure on food, spending on average £58 per week compared to £34 for older households generally. They may like good food and home entertaining, or they may have special dietary requirements that increase their food bills. They are relatively well off: only 18% are in the lowest household income band, and they are more likely than the average older household to live in a large house.

Socialites comprise 12% of older households. At £405 per week, their overall average expenditure is the highest of all the groups. Their high spending on eating out, holidays and recreation (£131 per week) also marks them out. They are a fairly young group, with three-quarters aged under-65, and are also relatively well-off – more than half of these households are in the highest income band. 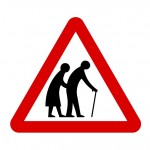 Burdened by Bills account for 11% of older households. They are distinct because they spend a very high proportion on housing, fuel and power (£4 in every £10, which is twice the average). Most of this goes on housing costs, which is likely to be rent payments as 70% live in rented homes. Like the Conservative Consumers, this group tends to have low incomes.

Smokers comprise 9% of older households. Most notably, 15% of their total average expenditure is on tobacco and alcohol, amounting to an average of £36 per week, £28 of which goes on tobacco. They are one of the younger groups, with 62% aged under-65, and they are more likely to rent their homes than own them.

Recreation and clothing is the smallest group, accounting for 4% of older households. Like the Socialites, they are a high-spending group, averaging £392 per week. At £65 per week, they spend more on clothes and shoes than all the other groups combined. Their spending is also above-average on recreation and culture (£65 per week). Most of this group is aged under 70; half of them are in the highest income band.

“There is much talk of the potential spending power of the older consumer. And indeed, there is a big and growing market. But this research highlights that the over half of older consumers are “Burdened by Bills” or “Conservative Consumers”. Relatively low levels of spending are not atypical amongst older people, particularly among the over-80s.

"The research suggests that age alone may not be the best way of segmenting the older consumer. If industry wants to better understand the diversity of the older population and how to best serve this group of the population, it is vital that they look to new approaches to segmentation.”

David Hayes, the author of this research paper, PFRC added:

“The analysis highlights the great diversity of spending behaviours in later life, and supports the idea that there is no such thing as ‘the older consumer’ – something that policymakers, service providers and marketers should bear in mind.”

The research has been produced as part of the ILC-UK and PFRC project on “financial wellbeing in older age” funded by the ESRC’s Secondary Data Analysis Initiative.