The overestimated quantity equates to 10.3% of total gold stock, or 16,032 tonnes, according to GoldMoney Foundation

James Turk, a leading authority on precious metals, has today published a report written for the GoldMoney Foundation concluding that the Thomson Reuters GFMS official figure for the world’s total supply of aboveground gold overestimates the stock by 16,032 tonnes, equating to Â£560 billion (US$900 billion) worth of the precious metal at today’s price.

Turk is founder and chairman of GoldMoney, the world’s leading provider of gold, silver, platinum and palladium to retail and corporate investors.

During his investigation Turk addressed a number of key issues, including:

According to the World Gold Council, which supports data provided by Thomson Reuters GFMS, as of December 2011 there were 171,300 tonnes of gold stock aboveground. Following Turk’s investigation and analysis of other third party data, he concludes that the true total is 155,268 tonnes – 16,032 less than the market has been led to believe. 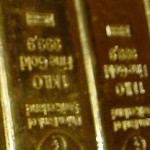 “Because of this in-depth study we now have a figure for the total quantity of the aboveground gold stock that is logically derived and supported by detailed analysis. Further, by using conventional economic principles, this study also explains why gold has a consistent purchasing power over long periods of time, which is one of gold’s most valuable attributes.”

“James Turk’s study has combined rigorous research with impeccable reason to arrive at a conclusion that I find far more defensible than that of the Thomson Reuters GFMS study. In particular, the analysis of the pre 1492 data equates to a much more logical gold stock figure. This is important because that is where the greatest discrepancy occurs in the Thomson Reuters GFMS report.”

The full GoldMoney Foundation report can be found at: http://www.goldmoney.com/goldmoney-foundation/essays.html