The public need to be convinced that tough choices on upgrading national infrastructure are necessary, according to a new poll of more than 1000 members of the public by Ipsos MORI for the CBI. The research shows that the government and businesses need to do a much better job of explaining the UK’s infrastructure investment needs, shifting the focus to why it matters locally and what benefits projects will bring.

It reveals that two thirds of people (65%) agree that decisions should be delayed so that the public’s views can be heard properly, even if this means that infrastructure weaknesses are not tackled when they need to be. That compares with only 24% who don’t think decisions should be delayed. People are currently more concerned by the inconvenience and potential disruption of upgrade work than the risk of failing to act.

The CBI commissioned research shows a stark disconnect between the need to invest in infrastructure to ensure the long-term success of our economy, to support businesses to grow and compete internationally and general public perception. Nearly half of respondents are satisfied with the state of national infrastructure, with only a quarter (27%) dissatisfied. But according to the World Economic Forum the UK ranks only 28th in the world for the quality of infrastructure.

Most public opposition which results in large infrastructure projects, like new power generation, roads, rail and aviation capacity, being held up is due to a lack of relevant information, failure to tackle residents’ legitimate concerns, and using the wrong decision-makers and spokespeople.

Instead the CBI argues that infrastructure needs to be ‘sold’ to the public based on:

The CBI poll found that people overwhelmingly trust technical experts to make national infrastructure decisions over politicians (64% versus 22%). But they also want their voice to be heard – when asked who they most trusted to represent local views about a project 42% said “me and people like me”.

“Our research reveals a major disconnect between what infrastructure investment we need for our long-term economic success compared with what the public accepts. We urgently need to upgrade our energy infrastructure to avoid future power shortages, for example. 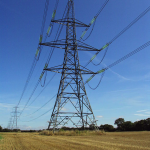 “To bridge this perception gap government and businesses need to redouble their efforts to tell a convincing human interest story, which people can relate to and which explains the urgency of the investment the UK needs.

“We are simply telling the wrong story on infrastructure. Rather than talking about gross domestic product and fiscal multipliers, we should be explaining about the local economy, a boost in local jobs for local businesses, like cafes, B&Bs and construction firms.

“The public will delay decisions if their views haven’t been heard – proper consultation and community engagement must be built in from the start or it will come back to bite the project later on.

“In the UK we need to ensure we continue to have a secure and affordable energy supply, while meeting our ambitious low carbon targets. This is about how people will heat and light their homes in the future and how we keep our factories and offices going.

“As new power stations open and others close, it is vital that we invest in our energy infrastructure to create jobs and make sure we power the economy. At National Grid, we are investing around three billion pounds a year in our energy networks. Our capital city, for example, is receiving a major billion pound upgrade to meet increasing demand for electricity, which is why we’re re-wiring the capital underground through the London Power Tunnels project.

“We need the public’s buy-in to meet these challenges, so we must have an open and honest conversation about our infrastructure needs and how they affect people every day.”

London uses 20% of the UK’s electricity and that demand is increasing by 4% every year. This means that the capital’s transmission infrastructure needs updating. The London Power Tunnels project is re-wiring the capital, with new 400kV cables, underground through a network of 32km of tunnels.

The tunnels will run from Hackney in the east to Willesden in the west and from Kensal Green in the north to Wimbledon in the south. There are 14 access shafts at key points along the tunnel route, in built-up areas of the capital.

Being the second largest part of consumer electricity bills, any delay to the project through public opposition would potentially inflict extra costs and risk power cuts. National Grid has worked closely with local people to help them understand why the work is required and to mitigate any uncertainty and disruption in their daily lives. This includes:

• Public exhibitions and early face-to-face briefings – before work started National Grid hosted events for community groups, councillors and politicians to learn about the project and ask the project team questions

• Regular community update letters and leaflets to 20,000 residents along the 32km tunnel route

• The EEC delivers tailored school sessions which provide information about energy production, its usage and the need to change our relationships with energy now in order to preserve our future. It explains to pupils all about the role of National Grid, the LPT Project and how they can start thinking about embarking upon a career in science and engineering

• The EEC combines educational materials with creative learning and tours around the live engineering site, in order to put the work in perspective. Every single visit at the EEC is voluntarily hosted by at least one engineering expert from National Grid who is on hand to enthuse our young visitors about science and engineering, help facilitate the sessions, and stimulate discussion

• The EEC supports National Grid’s wider education and skills strategy to engage with young people and strengthen their interest in STEM subjects, and raise awareness of science and engineering as a career.