Euro-sceptics have branded controversial new rules coming out of Brussels as a licence for the EU to spend our money on a pro-EU propaganda campaign.

The 'outrageous' new rules say critics could allow MEPs to spend many millions of pounds of our own money on promoting the EU by swamping the country with a constant barrage of pro-EU literature, together with radio and TV programmes just before any 'EU in or out' referendum. Up until now this money could only be spent on European Parliamentary election campaigns. But the funds could in future be spent where a referendum has a 'direct link' to any 'EU issue' , such as a membership referendum.

Reported in the anti-EU newspaper the Express, Stephen Booth of OpenEurope.org.uk said "This goes to show that MEPs are determined that the EU's tentacles reach into almost every aspect of domestic politics. Using taxpayers' money to directly interfere in a deeply sensitive national issue is completely outrageous."

The Express has it says received 'overwhelming' support for its 'Get Britain out of the EU' project and recently delivered a 373,000 strong petition to No 10.

The Conservative MEP Daniel Hannan has said that this a bid to meddle. "I would be happy to hold a referendum on any terms because I have confidence in the wisdom of the British people. They will vote for independence and freedom."

The problem is that those with the power to spend the money and with the power to call referendums are convinced that the EU i the way ahead and also believe that they know better than us what is good for us. The EU was also built with only one switch – The 'ON button. No brake or off switch was fitted, something Europhiles are completely happy with. And the fuel tank, filled with your money, is bottomless. 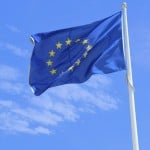 Recently the coalition government has tried to impress us with its strong stance on the EU. The Chancellor refused to sign off the EU accounts, David Cameron was disgusted at the prospect of being forced by the EU to give prisoners the vote and Theresa May was 'appalled' that sex offenders may be able to get themselves off the sex offenders register under EU law.

But when it comes to the matter of asking the people of the UK if they want to stay in or leave …….

What we need is a way of constantly and consistently pushing not just this issue, but any issue where our 'betters' ignore us, right back in their faces with interest. Unless of course you think they are really listening to you.

How many Non-UK Nationals Work in the UK?