Financial fraud knows no borders but regulatory bodies don't have the technology to implement a global detection system. Now academics led by the University of Greenwich have developed prototype software which enables sensitive data to be shared between institutions and uses artificial intelligence to teach itself how to spot the latest scams.

Terrorism, piracy and drug trafficking are amongst crimes which depend on money laundering. Banks and other financial institutions have long been using software to scan millions of transactions for any abnormalities that might indicate laundering.

But until now, such monitoring has largely been confined within the walls of each organisation because of confidentiality and competition.

"We have created a prototype FFD (Financial Fraud Detection) system which first makes the transaction data anonymous. The system's architecture will be able to deal with huge datasets from different sources and identify sequences of behaviour, for instance where a large sum of money has been split into smaller sums (known as smurfing), or a money trail associated with illicit activity leads back to the sender. 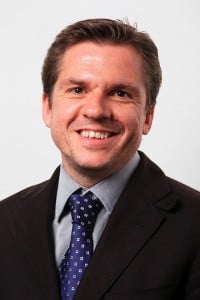 "It gives a regulator like the UK's Financial Conduct Authority the technological capability to take information from a range of institutions and not only alert them to suspicious activity but also make the software more intelligent by allowing it to learn from patterns inside and across all the member institutions."

The more members or 'nodes' in the information-sharing network, the more powerful the system becomes. A participating bank will harness the collective intelligence of all participants in the network without having its data exposed to any other bank, and without other banks knowing how much fraud has happened within its walls: an example of 'network economics'.

George Samakovitis says: "The scale of financial fraud today means banks and regulators need to share much more information than they do currently. Our proof-of-concept demonstrates that the technological solutions can be developed. What is now needed is wider consensus on a new regulatory framework. That is the principal missing ingredient in technology-assisted Anti-Money Laundering."

The year of the tiger