Nolan is obviously down as producer so I am sure there has been much cross-pollination in terms of directorial style between himself and Snyder, but having someone on board who has made his name with one caped super hero must not get in the way of recognition for Snyder who himself directed ground-breaking epics such asÂ 300Â andÂ Watchmen.

This trailer proves that a great meeting of minds has taken place between Nolan and Snyder and the tone of the film appears to give a dark Messianic aspect to the son ofÂ Jor-El with the superb Henry Cavill almost channelling JimÂ Caviezel's portrayal of Christ in Mel Gibson's The Passion of the Christ.

The trailer covers the usual bases in the story of Superman where a young Clark Kent struggles to come to terms with his powers and hide his identity in a protracted adolescenceÂ that eventually leads to him to accept his destiny as aÂ Messianic, saviour figure embodied in Superman.

Visually, the film looks breathtaking but what else could you expect with Snyder and Nolan working together?

Add Hans Zimmer to the equation in the musical department and you can expect Superman Man of Steel to be a film of depth. 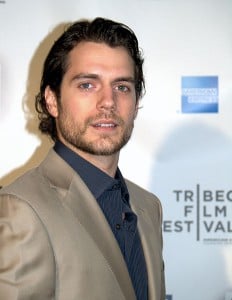