In its latest Household Debt and Credit Report, the Federal Reserve Bank of New York announced that outstanding household debt increased $127 billion from the previous quarter, the largest increase since the first quarter of 2008. The increase was due to rises in mortgage balances ($56 billion), student loans ($33 billion), auto loans ($31 billion) and credit card debt ($4 billion). The Quarterly Report is based on data from the New York Fed’s Consumer Credit Panel, a nationally representative sample drawn from anonymized Equifax credit data.

“This quarter, we observed an increase of household balances across essentially all types of debt,” said Donghoon Lee, senior research economist at the New York Fed. “With non-housing debt consistently increasing and the factors pushing down mortgage balances waning, it appears that households have crossed a turning point in the deleveraging cycle.” 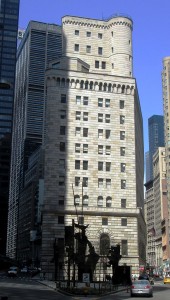 Federal Reserve Bank of New York by Beyond My Ken

Other highlights from the report include:

• Auto loan balances increased for the 10th straight quarter, up $31 billion to $845 billion.

About the report: The Federal Reserve Bank of New York’s Household Debt and Credit Report provides unique data and insight into the credit conditions and activity of U.S. consumers. Based on data from the New York Fed’s Consumer Credit Panel, a nationally representative sample drawn from anonymized Equifax credit data, the report provides a quarterly snapshot of household trends in borrowing and indebtedness, including data about mortgages, student loans, credit cards, auto loans and delinquencies. The report aims to help community groups, small businesses, state and local governments and the public to better understand, monitor and respond to trends in borrowing and indebtedness at the household level. Sections of the report are presented as interactive graphs on the New York Fed’s Household Credit web page and the full report is available for download.