The Federal Reserve Bank of New York yesterday released results from its monthly Survey of Consumer Expectations (SCE), which contains insight into Americans’ views on inflation, prices, the labor market and household finance.

January results show that consumer expectations for inflation fell slightly. Earnings growth expectations over the next 12 months rose from 1.8 percent to 2.4 percent, with income and spending growth expectations increasing slightly as well. Additionally, the mean probability of finding a job in three months, if one were to lose their current job today, increased to levels seen last summer.

Other results from January 2014 include:

• Consumer inflation expectations fell slightly in January to 3 percent for both the one-year and the three-year ahead horizon.

• Home price change expectations have stayed within the narrow band that has prevailed since June 2013.

• Consumer expectations for most commodity price changes have remained stable in January, with medical care cost expectations reversing the increase observed in the last two months.

• Earnings growth expectations rose from 1.8 percent in December to 2.4 percent (annual rate). One quarter of respondents now expect earnings growth of at least 4.4 percent over the next 12 months. The increase in January was more pronounced for lower education and lower income workers.

• The mean expected probability of separating from one’s current job (both voluntarily and involuntarily) has remained essentially unchanged in January.

• The mean probability of finding a job in three months, if one were to lose their current job today, rose from 46 percent in December to 49 percent, back to June 2013 levels. 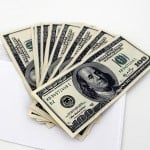 • The mean likelihood of not being able to make a minimum debt payment in the next three months remained stable at 15 percent.

BTL lenders need to up their game