Another case of a man chewing away at another person's face has been reported in China as internet chatter on a zombie apocalypse surges.

This time the gory incident has been put down to a drunken bus driver named Dong attacking a woman called Du after having a lunchtime drink with friends, but there has been no mention as yet of illegal or home made substances having been cited as responsible.

Apparently Dong jumped on his victims car in the Chinese city of Wenzhou in the province of Zhejiang andÂ proceededÂ to jump up and down on the car which cause the terrified woman to leave her vehicle and seek help.

It was upon exiting her vehicle that Dong managed to grapple his victim to the ground and began to bite at her face.

There are photo's circulating the net which were captured by horrified onlookers of the attack, but unfortunately members of the public were not able to pull Dong off his victim whilst he was in this frenzied state.

Eventually he was arrested by the Chinese police and taken into custody.

This is not the first time that such an attack has taken place inÂ recentÂ weeks as was the case in the Miami attack on a homeless man which saw his attacker shot dead.

The internet has responded with many forums posting comments of concern that theÂ authoritiesÂ are not telling the whole truth behind the attacks as people draw parallels between the popular fictionÂ portrayed in The Walking Dead and 28 Days Later.

The fever on such forums and websites has proposed many differentÂ explanationsÂ as to the cause of these apparent acts of cannibalism which include Chemtrails, pathogenic Â releases into the water supply and genetically modified food having causing mind altering changes in brain chemistry. Who knows? 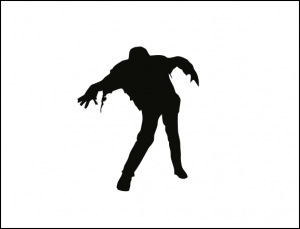